No one can accuse fund manager Charlie Thomas of not practising what he preaches.

During the working week, the 44-year-old heads up the four-strong ‘strategy, environment and sustainability’ team at asset manager Jupiter. In a nutshell, his job is to identify companies which are helping to arrest the impact of climate change and environmental degradation.

But his focus on the environment does not end when he leaves Jupiter’s swanky headquarters in London’s Victoria. The family home in South London has solar panels while when driving his Volvo XC90 hybrid around the city it is powered by electricity.

On his own admission, Thomas, who spent three years at oil giant British Petroleum as a climate change adviser before joining Jupiter in 2000, ‘lives and breathes the environment’.

Of the £900 million of assets under his team’s wing, the biggest slice is held under the umbrella of Jupiter Ecology. The investment fund, today celebrating its 30th anniversary, has been managed by Thomas since September 2003 and its investment record is more than respectable. Over the past one, three, five and ten years, it has outperformed the FTSE All-Share Index – the benchmark against which funds held by UK investors should be measured.

He says: ‘When I took over the fund, it was £100 million in size and the universe of stocks I could choose from was 300. Today, the fund’s assets are worth nearly £600 million and there are 1,200 companies worldwide I can choose from. The diversity is greater than ever before.’

Thomas’s mission is to make long-term investments in companies which are producing solutions to environmental and sustainability challenges. It means holdings in companies which are involved in recycling, energy saving and water treatment. Some of the fund’s stakes, such as multi-national Johnson Matthey, go back to before he took over the reins. 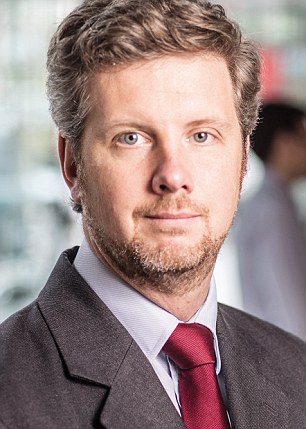 But increasingly, the portfolio has an international flavour as economic powerhouses such as the United States (President Trump apart) and China wake up to sustainability issues. The fund’s top two holdings – AO Smith and Xylem – are both based in the US and involved in water sustainability. Although Thomas is content to hold long term, he gets most excited when he sees a ‘tipping point’ on the horizon – one that will transform a company’s stock market fortunes. Proposals for the recycling of plastic bottles – and in particular ‘reverse vending’ where people are financially incentivised to return used plastic – announced by Environment Secretary Michael Gove last week are a case in point.

He believes this solution to the scourge of plastic – a blight recently highlighted by Sir David Attenborough’s spellbinding TV series Blue Planet II – can only be positive news for Norwegian holding Tomra Systems. It is a world leader in reverse vending, recycling both plastic and glass. He also believes the automobile represents a tipping point as petrol and diesel-fuelled cars are slowly replaced by battery powered motors. His main exposure to this sea-change is through German company Infineon which manufactures the chips that direct the electric current around the car.

For years, Thomas has had to bat away criticism – and banter – that he is investing in ‘blue sky and wacky’ companies. He says: ‘Such criticisms no longer apply. The appeal of what I do is that I am investing in real companies that are making real profits.’