WH Smith is our most hated retailer on the High Street

WH Smith has been named by Which? as Britain’s least favourite High Street shop.

The chain has placed in the bottom two of the consumer watchdog’s annual survey for eight years in a row, with shoppers panning its customer service, value for money and the standard of its stores.

One customer told Which?: ‘I find WH Smith very expensive and its stores need updating.’ Another said: ‘I always use the self-service tills because the staff are rude.’ 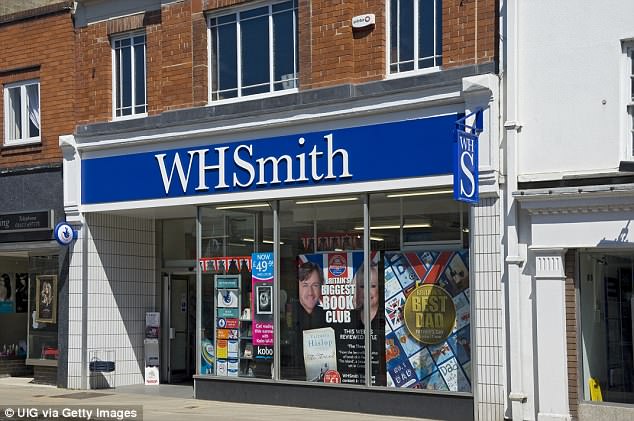 WH Smith has been named by Which? as Britain’s least favourite High Street shop. File photo

Which? asked more than 10,000 shoppers about their experience at 100 major retailers.

Customer scores were based on their experiences of purchasing non-grocery items, satisfaction levels and the likelihood of recommending each shop.

Lush, Savers and Smyths Toys came joint-top, despite none of them making last year’s top ten.

Customers praised the smells of Lush stores, the prices at discount cosmetics store Savers, and the ‘friendly and cheerful’ staff at Smyths. 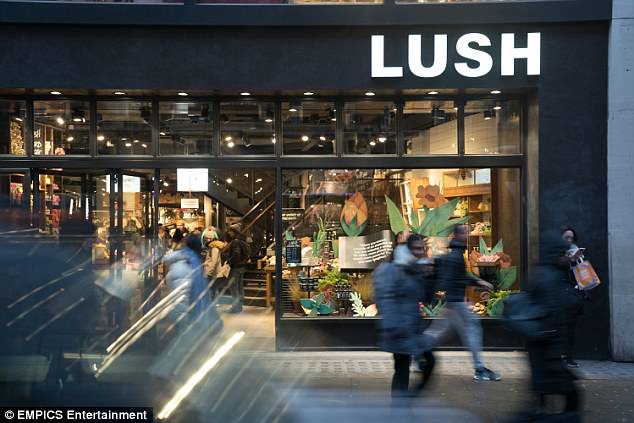 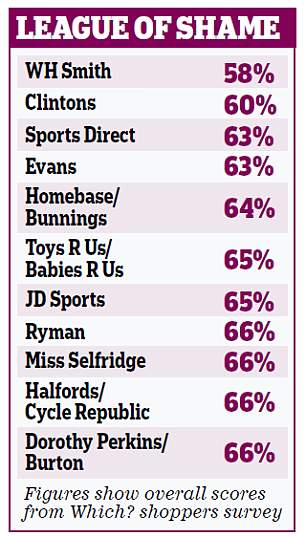 However, the department store’s strength as an all-rounder was still evident as it came top in four categories – appliances and electronics, furniture and home, outdoor and sports and wellbeing and beauty.

Price proved to be a deciding factor for many consumers – particularly on everyday essentials – pushing stores like Savers up the rankings.

Customers also favoured retailers that offered a sensory experience or specific expertise that was not available to them online. The biggest bugbears were crowded aisles and long queues at the tills.

WH Smith’s poor performance comes after it faced a backlash for charging up to £7.99 for a tube of toothpaste in hospital shops.

Waterstones gained top marks in the entertainment category, despite the rise of e-books.

Shoppers who gave it a high score commented on its pleasant surroundings and friendly staff.

Which? magazine editor Ben Clissitt said: ‘Our findings show that if retailers can strike the right balance between good value, quality products and first-class customer service, shoppers will keep coming back to their stores.’