What are the financial benefits of a civil partnership?

Lynne Rowland is a tax partner with Kingston Smith. Below she explains the benefits of civil partnerships, which could be available to millions more couples in future after a landmark court case last month.

A heterosexual couple won the right to enter a civil partnership instead of getting married after the ruling by the Supreme Court.

Lawyers say the move could put pressure on the government to change legislation allowing everyone the opportunity to apply for a civil partnership. 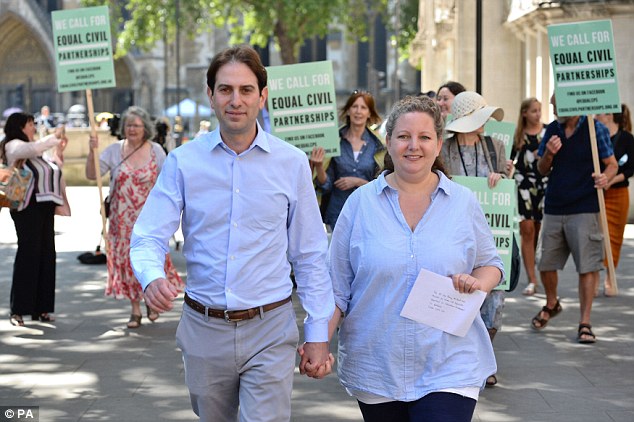 Five judges unanimously granted the appeal by Rebecca Steinfeld, 37, and Charles Keidan, 41,  after a four-year battle

Lynne Rowland says: Rebecca Steinfeld and Charles Keidan’s successful bid to have the legal right to a civil partnership instead of a marriage throws up some interesting questions.

Although the judgment does not force the government to change the law, it is likely that it will happen. This can only be good news as there are definite financial benefits to being in a civil partnership rather than just cohabiting.

Currently, a civil partnership is a legally recognised relationship between two people of the same sex, with the same legal and financial protections as a married couple.

While honouring a commitment to each other is the main reason for a civil partnership, many couples seek the status for inheritance, tax, pensions and next-of-kin arrangements.

This means one civil partner can inherit wealth on the death of the other civil partner without a tax charge, for example. But care needs to be taken where there are children in the relationship.

Existing wills may need to be changed to be effective after the civil partnership has been legally enacted.

Any transfers of property between the civil partners will not be subject to inheritance tax during lifetime or on death. Whereas cohabiting couples only have a £325,000 allowance for transferring property between each other – anything above that attracts tax at 40 per cent. 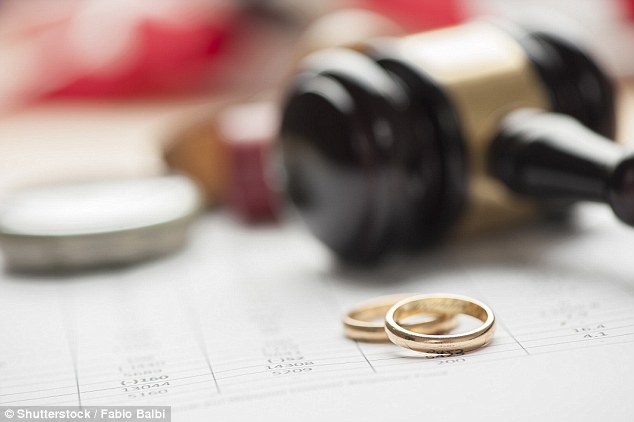 The main reason for a civil partnership, many couples seek the status for inheritance, tax, pensions and next-of-kin arrangements

Where one civil partner lives in the other’s property and/or is being supported, they can apply for maintenance. Cohabitees cannot do this.

Children have a right to inherit from their biological parents. The introduction of civil partnerships has resulted in some complex drafting of wills and wealth planning that is not an issue for mixed-sex couples who have children from the relationship.

One partner adopts the original cost and history of the other on a transfer. On the other hand, if a cohabiting couple wanted to transfer property from one to the other there would be an immediate capital gains tax charge at 20 per cent or 28 per cent.

Cohabitees each owning a property could both potentially qualify for the exemption.

Then there’s the issue of income tax. Where a civil partner earns £11,850 or less, a proportion of their tax-free personal allowance can be transferred to their partner if a higher earner, which will reduce their overall income tax bill. A cohabiting couple cannot make such transfers.

On the death of a cohabiting partner, the remaining cohabitee has no rights to the state pension fund of their partner. The survivor of a civil partner does.

If a cohabitee dies intestate, even if they have cohabited and have children from the relationship, all the assets of the deceased pass to the children – and not to the remaining partner. Similarly, if there are no children of the cohabiting relationship then the surviving parent of the person who died receives all the assets.

Civil partners who die without a valid will have the same rights and legitimate expectations as arise from a marriage.