Ditching the ‘one size fits all’ pension fund chosen by your employer and proactively picking your own investments can dramatically boost your retirement pot, new research reveals.

The average return from typical ‘default’ funds from top providers is trounced by the performance of 10 actively managed funds popular with workers who choose their own investments, according to analysis by Hargreaves Lansdown.

Branching out with your pension investments can be the secret to early retirement, claims the investment firm. 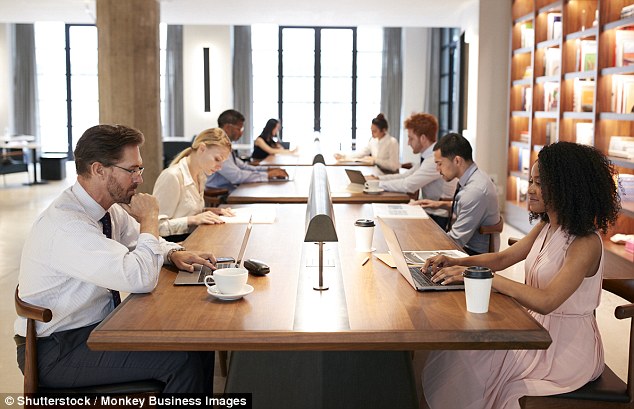 Pension choices: Do you stick with your employer’s default fund or choose your own investments?

Most people with a defined contribution pension where they bear all the investment risk – as opposed to safer and more generous final salary pensions – simply stick with the ‘default’ fund offered by their employer when they sign up.

These are chosen for the workplace as a whole, and tend to play investments safe because employers don’t want to get blamed for costly mistakes that endanger their staff’s pension savings.

But work pension schemes offer a selection of other funds, catering to those who want more actively managed, adventurous, niche or ethical investments, or some combination of the above.

How much could you boost pension returns?

The top 10 funds used by savers in Hargreaves-run workplace pension schemes who invest outside their default fund are below. They include some big names that often top best buy tables, such as Woodfood, Lindsell Train and Fundsmith. 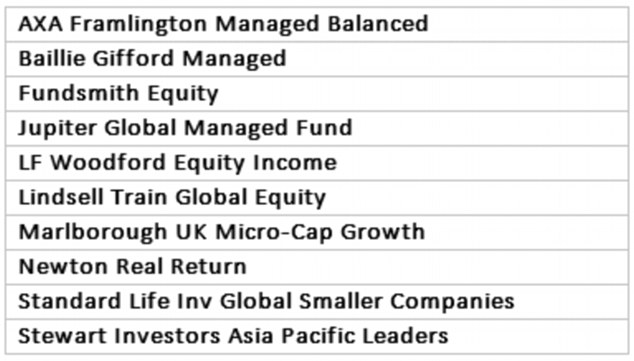 The returns are net of fees (Source: Hargreaves Lansdown)

Most of the ‘default’ funds are trackers, although some are actively run in some aspects. Trackers only match index performance but are cheap to own, while active fund managers pick investments to outdo the market but often underperform despite charging a lot more. Read more here about the tracker vs active debate.

Hargreaves calculates that boosting investment returns by just 1 per cent every year can increase a pension pot by nearly £60,000 by the time a worker reaches retirement.

Is your work pension up to scratch?

We explain how to find out if your retirement savings are in duff investment funds here.

Our six-step guide to carrying out an annual healthcheck on your investments is here.

Hargreaves did further research into the investing strategy of the 58,000 pension savers in workplace schemes it runs on behalf of employers.

The type of employers which use Hargreaves tend to be in professional services – finance, law, accountancy and IT – although it has some manufacturers as clients too.

Hargreaves analysis discovered the following about its savers’ choices:

* Some 22 per cent choose their own investments overall

* Nearly half of people with a pension pot of £25,000-plus choose their own investments

Nathan Long, senior pension analyst at Hargreaves Lansdown, said: ‘Many people don’t think of themselves as investors, but as soon as you are put into a workplace pension, that is exactly what you become. 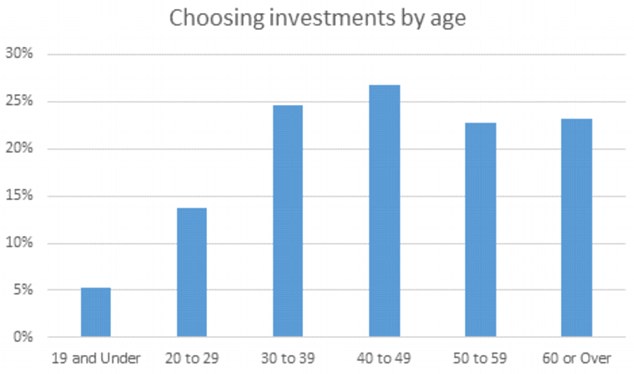 Some 22 per cent choose their own investments overall but those in their 40s are most likely to be proactive investors (Source: Hargreaves Lansdown)

‘If you make no choices at all, your pension savings will go into a default fund. These are designed to be conservative one-size-fits-all solutions, but most workplace pensions will offer some different choices.

‘People tend to choose their investments after their pot has built up a little or they have been a scheme member for a number of years, but you don’t have to wait; after all it’s your money and the choices you make can massively boost your retirement prospects.

‘Getting started is easier than you think. Most investment brokers have their list of the top investment funds available and provide tips on how to choose something that suits you.

For those who lack the time or confidence to take up the investment reins, paying for financial advice can be worthwhile.’ 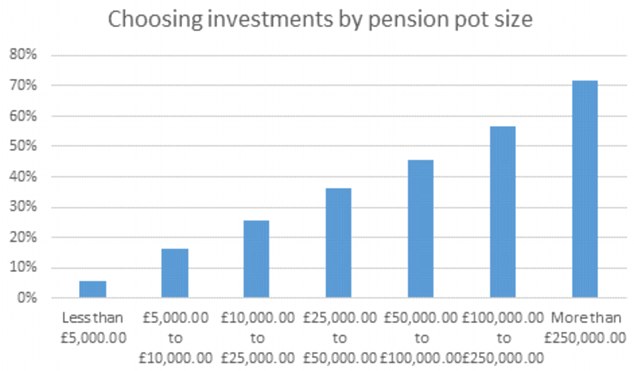 Some 47 per cent of people with a pension pot of £25,000-plus choose their own investments but just 5 per cent with a pension under £5,000 do (Source: Hargreaves Lansdown) 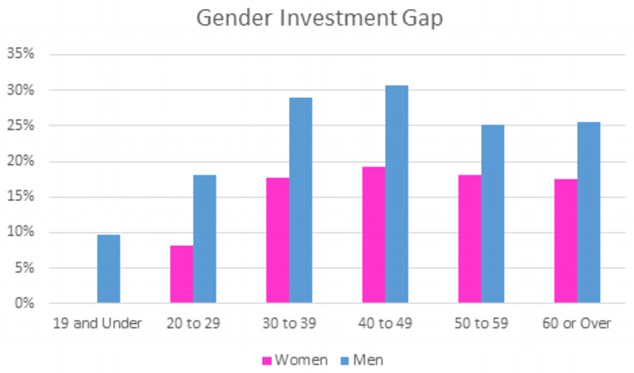 Overall 26 per cent of men and 16 per cent of women invest outside the default fund (Source: Hargreaves Lansdown)