Who will inherit my pension if I die?

An ex you split from years ago could inherit your pension over the head of a current partner unless you update your records, warns a top firm.

One in five people have no idea who stands to get their retirement savings if they die, and even more are unaware they need to amend the name of their beneficiary if their wishes change, research from Scottish Widows reveals.

How pension income or a lump sum is passed on depends on who you nominate to your provider. You normally name one or more people on first joining a scheme, and getting the details changed typically involves filling in and submitting a new form. 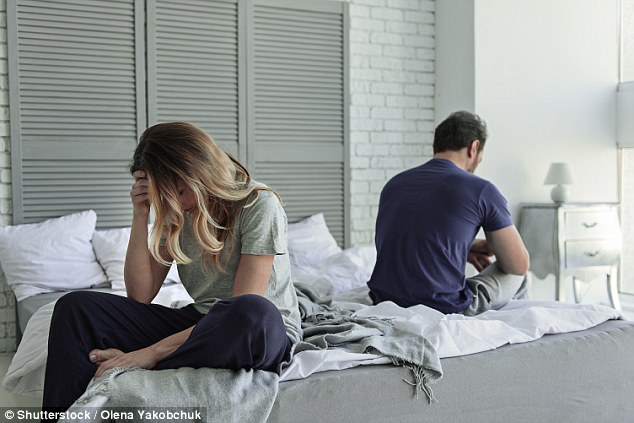 Pension rights: An ex you split from years ago could inherit over the head of a current partner

If you don’t fill in a form, the scheme has discretion on who inherits your pot, but would usually follow what’s in your will.

Scottish Widows found 17 per cent of divorcees didn’t know who would inherit their pension, compared with 20 per cent of all adults. However, people who are separated, but were never married or are not yet divorced, are less well-informed, with 28 per cent admitting they were unaware.

Some 28 per cent of people currently living with a partner also have no idea, and are potentially excluding them from inheriting their pension, according to the survey of 5,000 adults carried out across the country last September.

It also found that some 60 per cent of women don’t know they should update their pension records after a relationship ends, compared with 42 per cent of men.

Among those surveyed who had experienced break-ups, 24 per cent said they told their pension schemes immediately, 16 per cent did so more than three months afterwards, and 50 per cent didn’t know they were meant to do it.

Some 20 per cent of women changed their records straight away, compared with 28 per cent of men.

Passing on a pension

Scottish Widows offers the following tips on ensuring the right person gets your retirement savings.

2) If you are co-habiting, many pension policies will require you to name that person on your policy as the beneficiary upon your death

3) Periodically check all finances including pension pots, bank accounts and insurance schemes and ensure the right dependents and beneficiaries are named.

This is Money’s pensions columnist Steve Webb recently answered a reader question on this topic, and explained how you need to keep schemes informed here.

He said work pension schemes’ approach to who inherits can differ. Schemes run by trustees, such as those operating traditional final salary pensions, are not legally obliged to pay out to the person you named, and they will go to some lengths to establish who should get your pot.

However, Webb said newer defined contribution work schemes, contracted out by employers to big insurance firms, would generally pay who you put on the form.

Catherine Stewart, retirement expert at Scottish Widows, said: ‘A relationship ending can be a really stressful time and sorting out your pension may not be the biggest priority.

‘However, it is important that you know who stands to inherit a pension when you die – for all you know, it could be an ex from many years ago.

‘Likewise, just because you and your partner live together and are in a committed relationship, there is no guarantee they’ll receive your pension savings when you die unless you make specific requirements.

‘We know that in general terms, women’s retirement prospects are worse than men’s. This is largely because of the persistent gender pay gap and maternity and other career breaks, which can all hold back women’s earning potential.

‘That’s why it is even more important that women review their finances and who will benefit from pensions.’