Mary Mcdougall For The Mail On Sunday 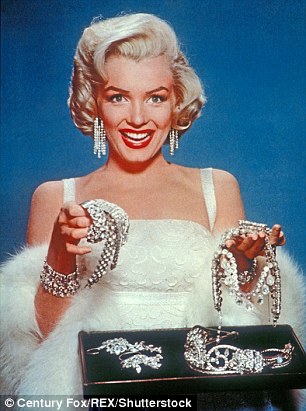 Sparkle: Diamond lover Marilyn Monroe in How To Marry A Millionaire

Gem companies including De Beers have appointed a tech guru to run a digital ledger that ensures their sparklers are not fakes or blood diamonds.

Jim Duffy, who previously worked at Oracle and at an artificial intelligence start-up company, will oversee a platform called Tracr that uses the tamper-proof blockchain technology associated with Bitcoin.

The system keeps records of individual gems tracking them from the mine to the jewellers.

Each stone is given a unique identity code and hundreds of detailed characteristics – including weight, colour, clarity and cut – are recorded along with images.

The ledger has been funded by De Beers, part of the FTSE 100 Anglo American group, and is in a development phase with five other diamond companies.

It is due to be launched across the industry in the coming months.