Why video gaming is set to become a major industry

Having video game leagues in the Olympics may seem like heresy to sports fans.

But with the Paris 2024 Olympic organisers said to be ‘in deep talks’ about including esports in the world’s oldest sporting tournament, it could soon be a reality.

Tens of thousands of fans at big stadiums watch their favourite players or teams use their con-soles to battle against each other in a digital world. 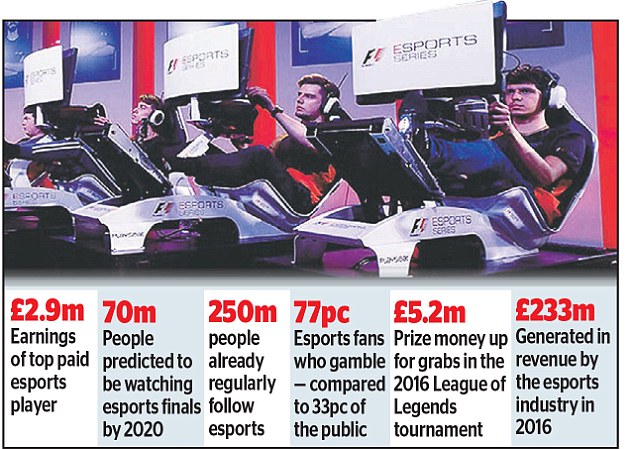 Waiting in the wings are patient young technology companies ready to serve the gamers’ and viewers’ needs, hoping to cash in on what could be a multi-billion-pound industry.

Investors who put their money in the right place could do well.

In less than two years, esports could have more viewers than any other sporting tournament other than the American football league NFL, the US’s Syracuse University forecasts.

Meanwhile data firm Newzoo is predicting it will rise from being a £440m global industry last year to a £1.2bn giant by 2020.

Chris Ford, a fund manager with Smith & Williamson, said: ‘Gaming has gone from a pastime that was ghettoised in the bedrooms of teenage boys, to the mainstream. For example, there’s a lot more female engagement now.’

What exactly is behind this rise is less clear. Developments in internet speed, graphics technologies and gaming capabilities are partly to credit.

But Garry Cook, the executive chairman of esports competition organiser Gfinity, thinks the lure of esports for young people – the majority of viewers and players – goes deeper. 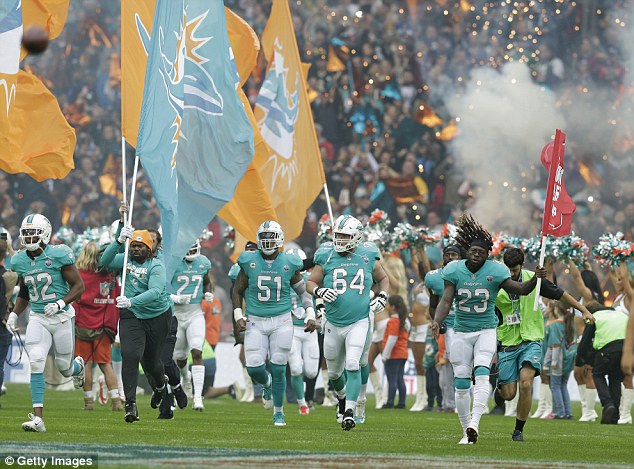 In less than two years, esports could have more viewers than any other sporting tournament other than the American football league NFL, the US’s Syracuse University forecasts.

He said: ‘We are in the middle of a cultural revolution and it’s driven by human curiosity. People want to know who these kids are and why they got so much better at playing these games than anyone else.

‘Children in my day would play football, but it’s much more accessible to get into esports than becoming a pro footballer and there are fewer barriers to entry.’ It also proves incredibly lucrative for some players.

For anyone less dextrous behind a console, investing in esports could be a more sensible option.

Many big names are outside the UK. US games publisher Activision Blizzard has a market value of £41.5bn, while French competitor Ubisoft is worth £9.6bn.

Ford notes that graphics companies are also a key component – USlisted Nvidia, which produces the graphics cards, is worth £121bn. But there are niches where UK companies are making their names.

Ford thinks traditional media companies who jump on the bandwagon will reap rewards, as advertisers looking to reach millennials sponsor events. Just this month, pizza group Domino’s stumped up to get its adverts in Gfinity’s leagues, which have featured on BBC Three and BT Sport.

Then there’s the gambling firms. The Syracuse research showed that esports fans are more than twice as likely to gamble as the general population, and now sports betting is being deregulated in the US, a new market could be cracked open.

The big break is likely to come in the 2022 Asian Games, where players will be on a mainstream stage for the first time. After that, esports’ rise could be meteoric.