The big high street banks are offering derisory rates on cash Isas once again this year as they believe savers have given up, according to an expert.

Anna Bowes, director of independent advice website Savings Champion, says that banks are offering lower rates than savers can obtain elsewhere because of a feeling that there is not much to be gained by switching.

However, with huge sums of money still sitting in some of these low-paying accounts from the big names, competition is not being created in the cash Isa market. 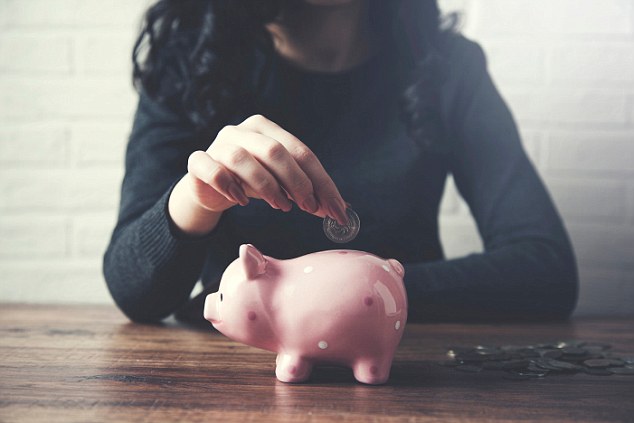 Cash Isas: Once upon a time, big banks would scramble to outdo each other with best buy rates

Competition has been created in the fixed bond arena, where challenger banks have battled to outdo each other with one and two year fixes – but the focus has been away from Isas.

Savings Champion says loyal savers who have stuck with their high street banks are missing out on valuable tax-free interest, compared with the best deals on the market.

Although the cash Isa rates on offer from the biggest banks pay higher rates than their non-Isa equivalents, they still pale into insignificance when compared to the best on the market.

For example, Santander – who up until a few years ago were a big catalyst for competition during the Isa season – has an easy Isa paying just 0.10 per cent.

Those who are unlikely to make many withdrawals could earn even more if they are happy to be restricted to just one withdrawal a year.

Nationwide’s Single Access Isa pays 1.3 per cent, and customers who have been with the building society for longer than a year can get a higher 1.4 per cent.

However, it is likely to be those with smaller pots who question whether there is much benefit to switching.

Savers may be pleasantly surprised to find that 22 providers have increased rates or launched new Isa deals this month to try and attract those still looking to make the most of their annual allowance, according to Moneyfacts.

However, there are currently only 74 providers, compared to the non-Isa easy access market’s 97.

Rachel Springall, finance expert at Moneyfacts, says: ‘It’s clear to see that providers have been gearing up for Isa season this year.

‘A word of warning to savers: don’t expect the top rates to be around for too long if you are looking to grab an Isa before the tax year ends.’

For example, the extra interest on £2,000 is a slimmer £23 with comparing the Shawbrook deal with Santander.

Additionally, no accounts – not even long-term ones – currently beat inflation, recorded at 2.7 per cent.

For this reason, many may be considering an alternative, such as a stocks and shares Isa.

But many may also just leave the money festering in these poor accounts, believing it is not worth the hassle for such a meagre bump in returns.

Savings Champion says savers who fail to move their money from these low paying accounts are allowing themselves to be robbed, as they are missing out on additional tax-free interest compared to the top-paying accounts.

Anna Bowes adds: ‘A general malaise has spread across the savings market because of the continual low rates of interest available.

‘But savers need to realise that the high street banks are using this to offer them much lower rates than they can get elsewhere because of the feeling that “there is not much to be gained by switching”‘.

In the one-year stakes, NatWest is the only provider to have a 12 month deal, offering one per cent. The top rate is 1.52 per cent from OakNorth Bank.

In the two year stakes, HSBC is the only major bank not to offer a rate. The lowest comes from Lloyds at 0.35 per cent and Santander at 0.55 per cent.

The best buy comes from Paragon at 1.67 per cent. On a balance of £20,000, the difference between cash in Paragon and that in Lloyds is interest of £264 over the two years.

Take a look at our independent best buy cash Isa tables for inspiration.