Walking into our rented Spanish villa after a night out, immediately I knew that we’d been burgled. The back door, locked from inside by us with a key and two bolts before we went out for dinner, was wide open, flapping on its hinges in the cool night air.

My new laptop, which I’d carefully left in a zipped bag in a wicker basket, was gone.

Thankfully, my husband Keven and I had locked our passports and car keys in the villa safe, taking our mobile phones out with us. But a total of £2,000 in valuables was missing, including a camera and headphones. 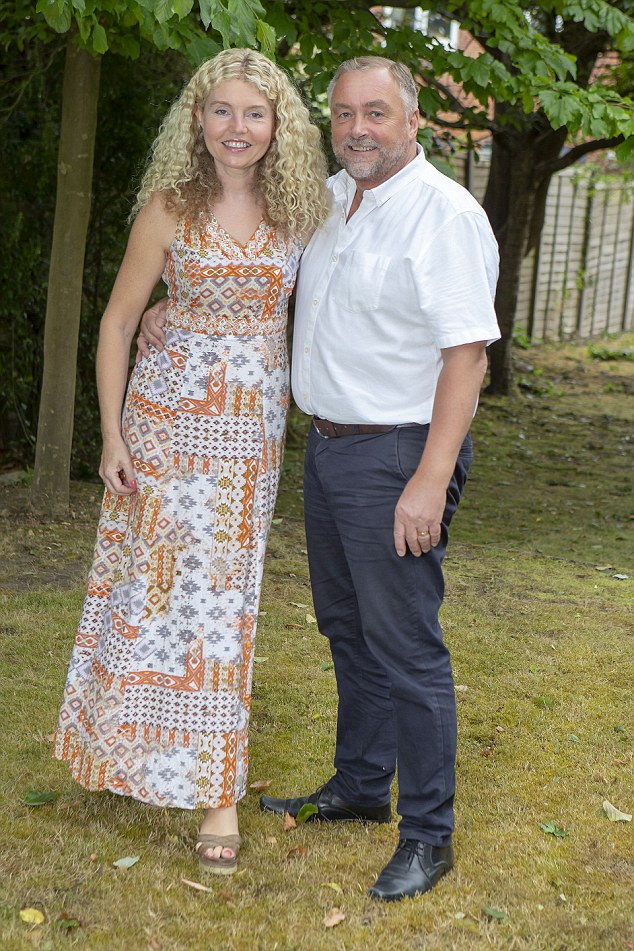 I slept badly that night. We could only presume the thief or thieves had hastily exited through the back door — maybe because they heard us return — but there was no sign of forced entry.

Worryingly, as Keven explained on the phone the following morning when he reported the theft to the police, we just couldn’t work out how thieves got in.

Thankfully, I thought, we were insured, with esure, which was sold this week for £1.2billion — netting its founder Sir Peter Wood a £360million payout.

Although we had travel insurance in case of any medical emergencies (it also gave us a small amount of possessions cover), I’d purchased a £20 personal possessions policy add-on to our £396 esure buildings and contents insurance for our home in St Albans, Hertfordshire.

This should have covered us for loss of valuables up to £2,200 worldwide. It boasted that even if I left my laptop on a train or lost my engagement ring in the sea, the loss would be covered.

We called straight away to report the burglary to the police and esure, adding that we were awaiting a police report. The Puerto Banús police visited the next day and said there had been a spate of similar break-ins.

It turned out that the sliding doors — which we thought were just windows hidden behind thick net curtains — had been forced and the lock, which had remnants of a screwdriver in it, was broken.

They gave us a written report in Spanish and a crime number for esure.

Apart from the odd car prang, we had never made an insurance claim and naively thought they’d automatically pay out.

However, two months later esure rejected our claim, pointing out a tiny clause buried in their 82-page, 40,000-word policy booklet. 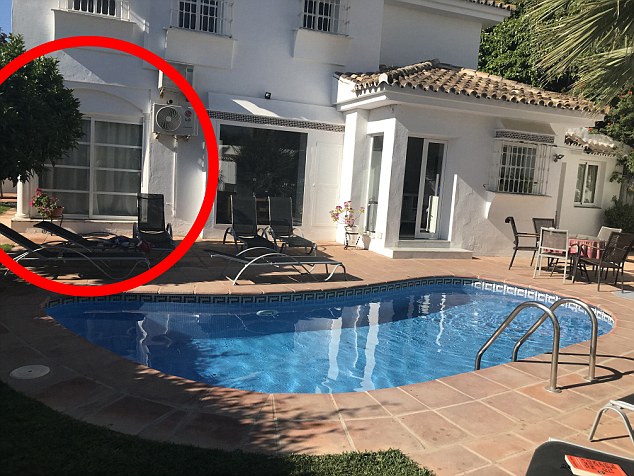 Circled, the doors thieves broke in through at the holiday villa

This stated that the firm did not cover ‘theft from any building or dwelling used for holiday accommodation unless force and violence has been used to enter or exit the property’.

Esure told us: ‘Documentation provided by the Spanish police does not stipulate that force and violence was used to gain entry, just that sliding doors were the point of exit/entry.’ Furthermore, when Keven had initially telephoned esure he had failed to ‘confirm signs of force and violence’. At that stage, the police hadn’t yet visited and we had no idea how the burglars had got in. We were stunned.

Yet we are far from the only holidaymakers who, despite police verification, have been denied a payout because of a get-out clause like this one. Harry Rose, editor of Which? Money magazine says: ‘Personal possessions cover should be enough to protect your belongings when you are abroad.

‘Yet we’ve heard hidden clauses and exemptions have left holidaymakers high and dry. Insurance providers need to be upfront with customers at the point of sale and make sure important information is not hidden in the small print.’

Other insurers also have clauses that could catch you out. Admiral, for instance, excludes theft or attempted theft ‘from a hotel room unless there has been a forced or violent entry’.

Ageas won’t pay a claim if personal belongings are stolen from an unlocked hotel room or temporary accommodation.

Age Partnership, Ansvar, Asda, Axa, Hastings Direct, and John Lewis exclude theft from an unlocked hotel room and Direct Line says items must either be with you or left in a secure place. 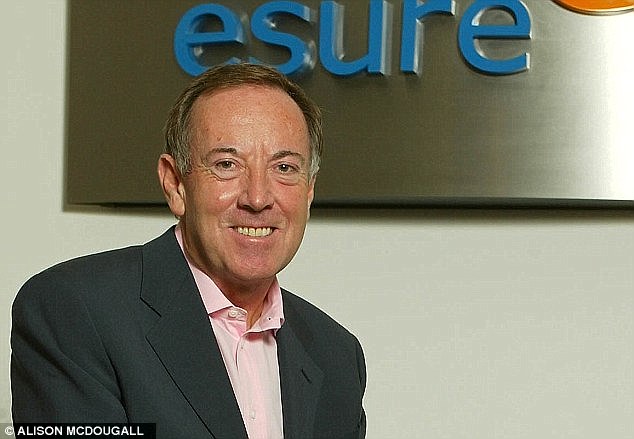 Payout: esure, which was sold this week for £1.2billion, netted its founder Sir Peter Wood (pictured) a £360million payout

Brian Brown, head of insurance insight at data firm Defaqto, says: ‘Although most insurers don’t mention “forcible and violent entry” they are very likely to take the view you can only get into a locked hotel room by violent means or deception and exclude claims on that basis.’

This means that if a rogue cleaner breaks in with a key — or through no fault of your own your holiday accommodation is not as secure as it could be — your claim is likely to be turned down.

So how can travellers properly protect themselves?

‘There are usually very low limits for single items and excesses can be applied multiple times,’ he says. Like me, many people opt to add personal possessions insurance to their normal home insurance policy. However, beware that you may have to specify items of value (such as jewellery or a laptop) to ensure they are fully covered.

‘Home insurance that covers all risks is best as it usually covers all of your belongings anywhere in the world — and includes theft of unattended or insecure belongings,’ Mr Brown says.

He believes I should continue to pursue my own case via a complaint to the Financial Ombudsman.

‘I think you have a valid claim and it is the quality of the police report that let you down,’ he says.

I have since cancelled all insurance with esure; I couldn’t help worrying that if our house burned down, they would come up with another get-out clause. I’ve paid an extra £100 for all-risks cover with a different insurer, which answered queries on the policy in writing.

A spokesperson for esure says: ‘As set out in the terms of our policy agreements our home insurance cover excludes theft from any building or dwelling which is used for holiday accommodation unless there has been forcible and violent entry or exit.’