George Bathurst wants to connect the train lines running through Windsor by building a new stretch of tunnel under the Royal Berkshire town.

Windsor’s two stations remain unconnected since they were built in 1849, despite being only 300 metres apart. The £370million link would improve connections for people living in the ‘M3 and M4 corridors’, opening up a new direct route from Slough through to London Waterloo. 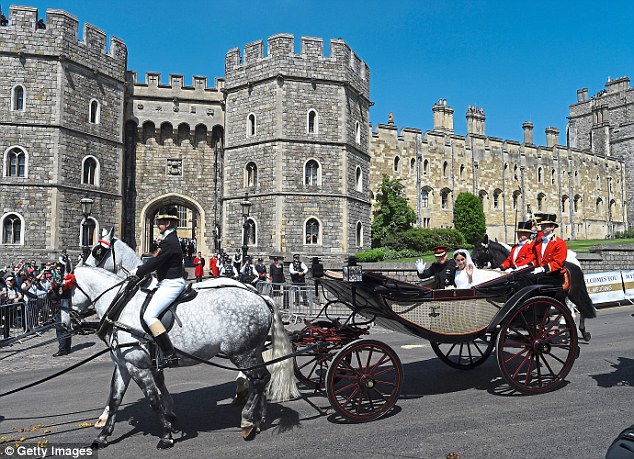 Connected: The home of Harry and Meghan’s wedding

A second phase, costing around £1billion, would create direct rail links to Heathrow from the west and south of the airport, amid plans for a third runway.

Bathurst believes the scheme would be the first new rail line to be fully privately funded since the railways were nationalised in 1948.

They plan to recoup their investment through fares revenue and building a ‘significant number’ of new homes in Windsor and nearby towns.

Transport Secretary Chris Grayling invited rail bids from private firms to ‘relieve the burden on taxpayers and farepayers’. The DfT is expected to make a decision in the autumn.

Bathurst said: ‘The new links will create new rail journey opportunities in these economically important areas of the UK and complement connections to Heathrow.’