Would you live in a banqueting hall or an office block? Property guardians are of all ages

Property guardians are traditionally young people who are keen to live somewhere cheap.

Having originated in the Netherlands — where it was designed to stop squatters taking over large commercial buildings — guardianship came to the UK in 2002.

Today developers, local authorities and even homeowners use live-in guardians to protect their empty buildings. There are now 7,000 guardians across London.

And while most are aged between 25 and 35 and don’t have children, there’s no upper age limit. In fact, all sorts of people now benefit from living at a reduced rate in a host of unusual locations. 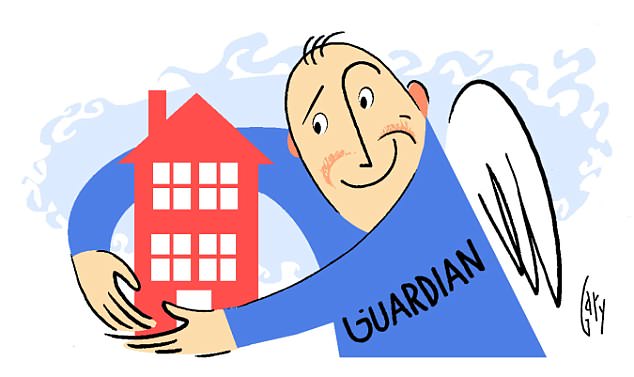 Guardianship came to the UK in 2002 and there are now 7,000 guardians across London

John Durkin, 60, is one of them. He says being a guardian has not only helped him live in extraordinary places but enabled him to embark on a career change.

Retired from the fire service with an injury and post-traumatic stress in the mid-Nineties, Durkin determined to help fellow sufferers. He sold his home in Wales to retrain as a crisis-intervention psychologist and moved to London to help a former colleague who introduced him to property guardianship.

Since then he’s lived all over the capital in different buildings, including a banqueting suite, a former police HQ and even a Regency mansion. ‘It’s been brilliant and has served me well in my new career path,’ he says.

All guardians are given their own lockable bedroom, and large office blocks are sectioned off with partitions. Residents share communal living quarters. Guardian companies install simple kitchens and bathrooms for their staff.

Durkin likens living with strangers to going on a blind date: ‘You never know who’ll answer when you knock on the door, you just hope you’ll like each other.’

He’s used to educating younger guardians with lower hygiene standards. ‘Some look horrified when I hand them a mop and bucket and tell them to get cleaning because empty buildings are susceptible to infestations.’

Over the years, he’s shared with all sorts, from accountants saving up to get on the property ladder to struggling artists pursuing their dreams.

Guardians pay ‘licence fees’, not rent, and don’t enjoy the same rights as tenants, but fees have doubled since Durkin first became a guardian. All bills are included, and he now pays £1,000 per month to live in an office block in Whitechapel, East London.

That might sound like a lot, but he thinks it’s great value: ‘I wouldn’t let a dog live in some of the privately rented places I’ve seen, where rents are triple or more what I pay.’ 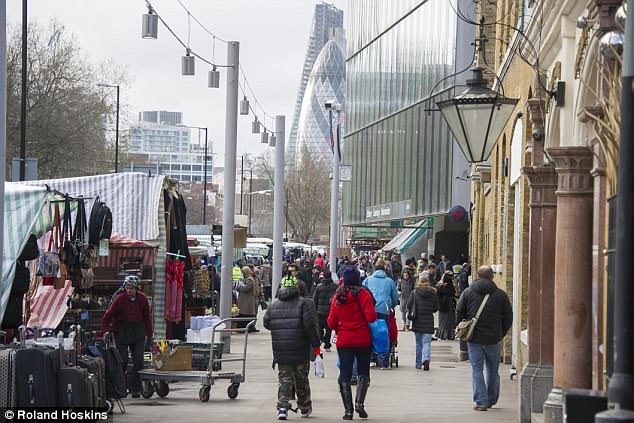 John now pays £1,000 per month to live in an office block in Whitechapel, East London

His worst experience was a footballer’s wife-style £18million Hampstead mansion with pool, cinema room and ‘kitchen island as long as a landing strip’.

‘It was gaudy. I wasn’t allowed to touch anything as buyers and photographers kept coming round,’ says Durkin, who then moved into a 60ft-long banqueting hall in Willesden Green, North-West London, that was hard to heat.

Keeping warm can be a problem in draughty commercial buildings and a recent report by the London Assembly also found that many London guardians are living in damp, unsafe buildings with no tenancy rights and little alternative apart from homelessness.

It’s an unregulated industry. Though Live-in Guardians’ managing director Arthur Duke insists he has strict rules, including no naked flames or even fairy lights and an ex-firefighter inspects all buildings. Guardians can also report any repairs needed via an app to ensure good living standards.

It’s a growing industry because live-in guardians prevent squatting, saving owners thousands in potential legal costs. And there are all sorts of buildings across the UK where you can be a guardian. 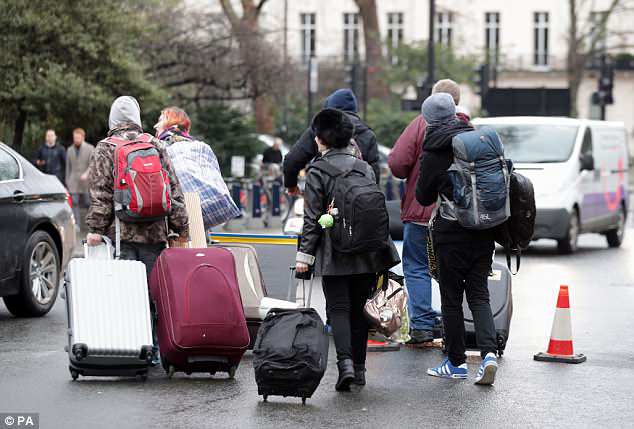 Guardianship is a growing industry because live-in guardians prevent squatting

Empty property specialist Ad Hoc manages everything ‘from mortuaries to magistrates’ courts’ and for the last five years they’ve been placing guardians in Grade-I listed St Anne’s Charterhouse in Coventry. Founded by Richard II, the former 14th-century Carthusian monastery is one of only nine built in Britain.

The Charterhouse Coventry Preservation Trust owns the building and is busy restoring it in time for City of Culture 2021.

Trust chairman Ian Harrabin says that unoccupied buildings of this age deteriorate fast and could be at risk of vandalism: ‘Guardians have been living in self-contained sections of the Priory and are doing a great job of keeping it secure.’

Stella Yates, 62, moved in recently and pays £235 monthly: ‘It is amazing to get the chance to live in these kinds of surroundings.’