Yorkshire retailer Buy It Direct has made a cash offer for the brand and website of electronics firm Maplin, The Mail on Sunday can reveal.

Buy It Direct, one of Britain’s biggest private companies, declined to confirm the value of its offer, but it is understood to be a high six-figure sum. The firm is thought to be the leading bidder.

Maplin, which went into administration in February, was owned by private equity outfit Rutland Partners. It was the second-biggest retail casualty of the year after Toys R Us when it failed, owing creditors more than £200 million and wiping out 2,300 jobs. 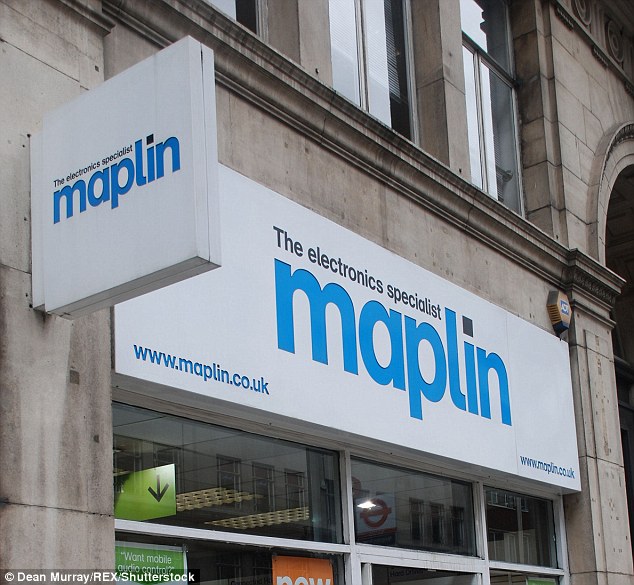 Maplin, which went into administration in February, was owned by private equity outfit Rutland Partners

PwC, the administrator, tried to find a buyer for Maplin’s 200-plus shops. But no buyer emerged, and its assets are being liquidated, leaving just the Maplin name.

If Buy It Now’s bid is accepted, it will relaunch Maplin’s website. It also hopes to create 30 jobs for former Maplin staff.

Entrepreneur Nick Glynne founded Buy It Direct in 2000 by buying a small computer shop in Huddersfield for £3,000.

The firm, which also owns Laptops Direct and Furniture123, has been profitable ever since, and employs 450 staff. Last year, it posted pre-tax profits of £1.5 million, on £146 million turnover.

Glynne said he had huge growth ambitions after expanding from IT to homeware, adding: ‘The future of retailing is online. The sad demise of Maplin reflects this.’