It can be source of frustration for any family, large or small over the festive period – all of the ‘good’ Quality Street chocolates disappear quickly, leaving the unwanted ones left in the tin for days on end.

However, this year, the Quality Street conundrum could become a thing of the past, with John Lewis teaming up with Nestlé to allow shoppers to make their own tin with the chocolates they actually like.

The pic ‘n’ mix system will be available in 11 John Lewis Stores, including its flagship Oxford Street one. 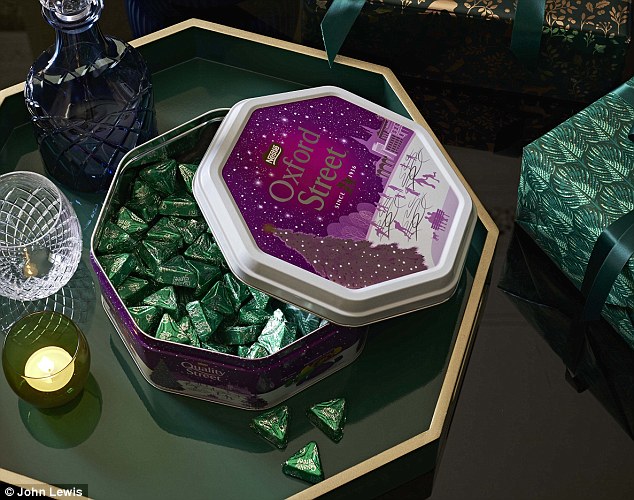 Quality Street: John Lewis has teamed up with the iconic chocolate brand to launch pick ‘n’ mix – although you can’t fill it all with the same flavour as outlined above

They will cost £12 for a 1.2kg tin and for an extra £3 in the Oxford Street store, you can customise it with a name, swapping the ‘Quality’ out for something else.

John Lewis hasn’t revealed the other 10 locations, but the tins will be available from September.

There is a catch. You cannot fill the tin with just one single style – there needs to be at least four of the 13 flavours.

The 13 Quality Street varieties are:

– Purple One: Milk chocolate filled with hazelnut and caramel (purple) 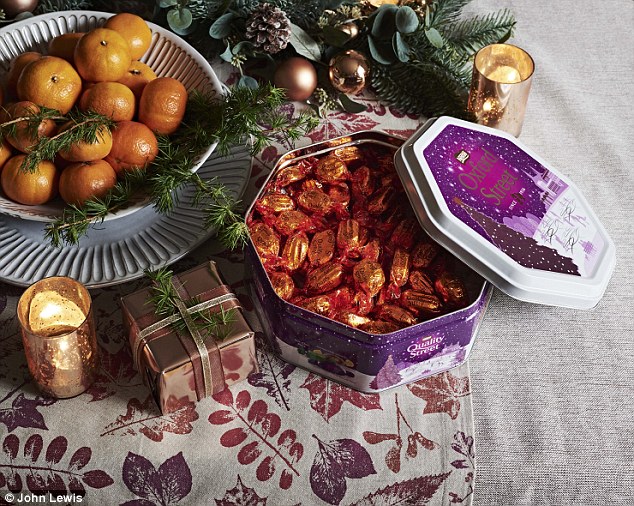 John Lewis: The service will be available in 11 stores – including its John Lewis flagship

A spokesman told This is Money: ‘From September, John Lewis will partner with iconic confectioners Quality Street to offer customers bespoke tins of their favourite sweets.

‘John Lewis Oxford Street will be home to an exclusive personalisation station, giving customers the chance to personalise the street name their tin, as well as pick and mix their own flavour combinations – a high street first for Quality Street.

‘The Quality Street pick and mix will also be available in selected other John Lewis shops across the country, where customers will be able to choose their favourite chocolates pick and mix style to fill an exclusive collector’s edition tin that’s only available at John Lewis.’

The news seemed to go down well on Twitter, with one user saying: ‘This is what we’ve all been waiting for.’