You know you are tempted. You know it would make good economic sense. But, as a homeowner with a spare bedroom, could you really take on a live-in lodger?

Most homeowners, if they are honest, would give a resounding no. Lodgers spell, not trouble exactly, but inconvenience.

They come and go at odd times. They have odd habits. The list of potential flash-points, red lines being crossed, just goes on and on. 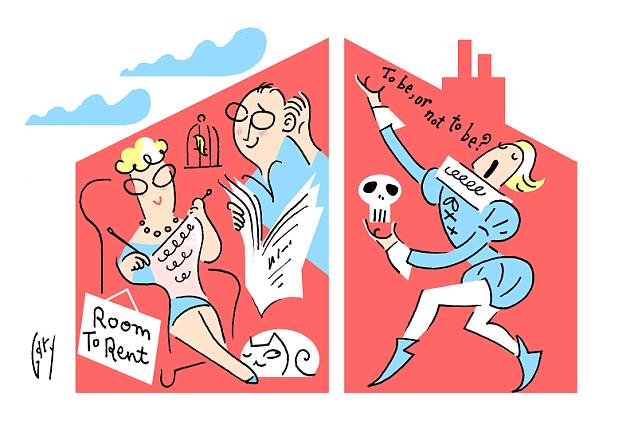 No drama: Drama students, Max and his wife have discovered to their delight, are pure comedy gold

From the 1927 Hitchcock film The Lodger, in which the lodger was a suspected serial killer, to the classic Seventies sitcom Rising Damp, the landlord-lodger relationship has been fraught with difficulties.

It can end in tears — and you don’t have to go far to find a home-owner who has had an off-putting experience.

In 21st-century Britain, however, the live-in lodger is a fact of life. There are more of them; they are getting older, and with property ownership becoming ever more elusive, those trends seem certain to continue.

A recent study by Knight Frank found that 21 per cent of British households — set to rise to 24 per cent by 2021 — live in private rented accommodation. And the average age of live-in lodgers is 31, according to LV insurance.

You can now become a landlord without having to deal with semi-house-trained students who are strangers to toilet brushes. 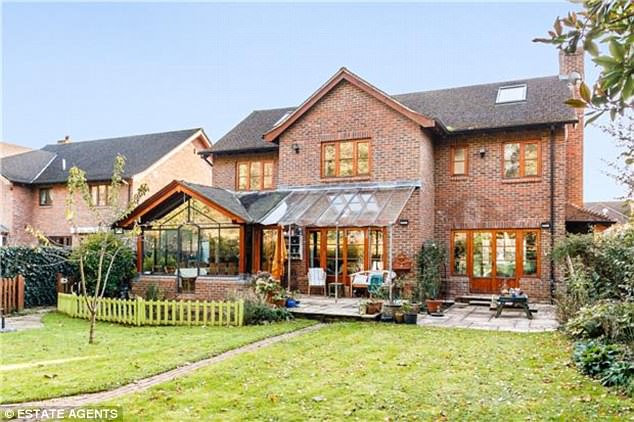 Rental space: In Frenchay, near the university, this detached house has seven bedrooms, two of which are en suite, and a separate utility room

And you will do so with the full blessing of the Government, who have introduced fiscal incentives to encourage homeowners to take in lodgers.

Under the Rent a Room scheme, outlined on gov.uk, owner-occupiers or tenants who let out furnished accommodation in their main home can earn up to £7,500 tax-free, or £3,750 if they are letting jointly.

So why not just take the plunge? That’s what we’ve done.

My wife and I — middle-aged home-owners in Oxford — have always baulked at the idea of taking in lodgers, not because we are anti-social, but because our house is just not lodger-friendly.

There is only one bathroom, and the kitchen is what estate agents call petite. What if our lodger were a curry enthusiast? 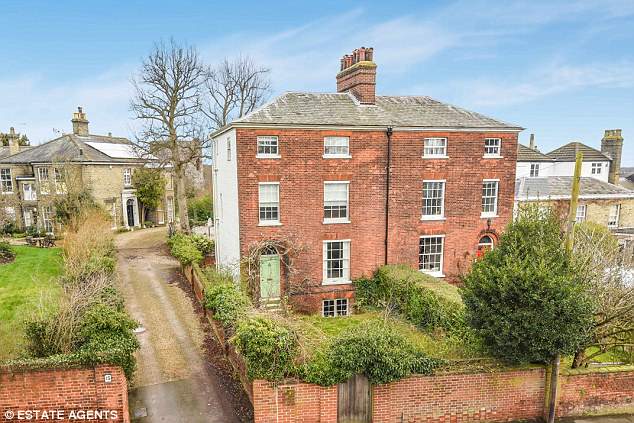 Central location: Five bedrooms and two bathrooms are across separate floors in this 19th-century Grade II-listed town house close to the city centre

We did briefly take on a teenage lodger nearly 15 years ago and, although we got on well and remain friends, it was weeks after his departure before the smell of heated-up frozen lasagne — his meal of choice, seven days a week — receded.

We are creatures of habit, and we found living under the same roof as someone with different habits, disconcerting.

It was only when the son of some friends got a place at the Oxford School of Drama, and was looking for cheapish digs, that we decided to have another stab at being landlords.

A mature drama student — he is 22 — would surely be preferable to a first-year undergraduate. And from what we knew of the boy, he had no vices or irritating habits.

Months into his tenancy, we are still pinching ourselves that things are going so well. 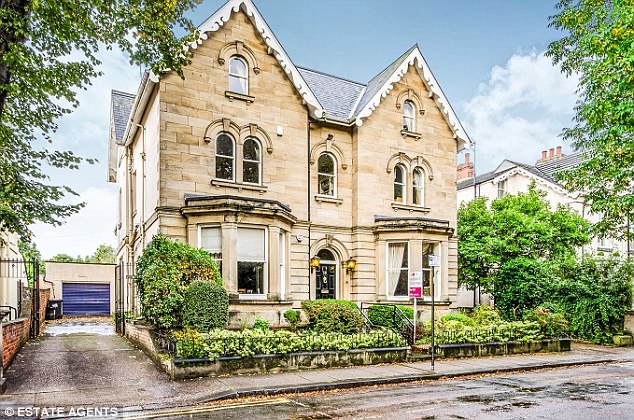 Victorian dwelling: There’s a two-bedroom penthouse flat plus four bedrooms in this four storey Victorian house. It has a large garden and a driveway and garage

Sharing a bathroom and kitchen has been largely stress-free, we have settled into a harmonious routine and, best of all, we enjoy his company.

It is loneliness, not lodgers, which home-owners should be fearing. Better to have human interaction, even if it takes effort, than empty rooms and long silences.

Twice as many households have a lodger compared to five years ago, with the average spare room let within eight days

The life of our household has been transformed, and for the better. Before it was just us, Darby and Joan, incorrigibly set in our ways.

Now it is Darby and Joan plus one.

Drama students, we have discovered to our delight, are pure comedy gold.  When our lodger asked us for a hot-water bottle, we thought his bedroom must be too cold.

Not a bit of it. His tutor had told him to place the hot-water bottle on his diaphragm to enhance his voice production. Imagine!

Snatches of Shakespearian verse percolate through the house. Some of his vocal exercises have to be heard to be believed. Did Judi Dench and Benedict Cumberbatch have to go through all this malarkey?

If he turns up in the kitchen in a leotard, we know it is dance and movement day. If he tiptoes in at 3am we know he has been out on the razzle.

My daughters fled the nest years ago, so sharing someone else’s formative years, watching them grow and develop in pursuit of their dreams, feels more of a privilege than a hassle.

Indeed, it has been an education. And when our one-time lodger is playing Hamlet at the RSC, we will be in the front row, cheering him to the rafters.