You could mend your car using YouTube videos, but that’s quite frightening, says John Haynes

As I get out of John Haynes’s Volvo at his Somerset base, the man behind the famous car manuals that bear his name takes me by surprise. He pulls out a cord from the car and plugs it into the wall to charge it up.

Surely John, known as J, hasn’t gone electric, has he? Not the man whose manuals have gathered oily thumbprints in the garages of generations of diehard petrolheads?

The smooth, laid-back chief executive of the 58-year-old business is quick to reassure me. ‘It’s a hybrid. It’s got the electric element to it, but it’s got a little petrol engine in the front,’ he insists.

Even so, the fact that John Haynes Junior, son of the founder, drives a hybrid car is symbolic of the change the business has gone through. 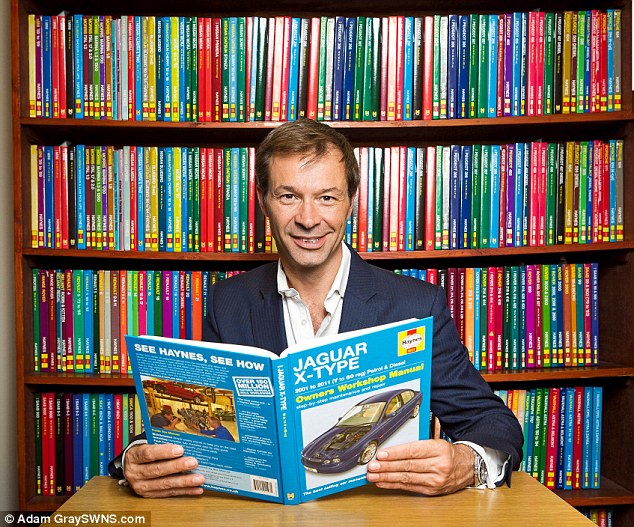 In his two years as chief executive, Haynes has overseen a shift in the company’s focus away from the traditional manuals that became a feature of every car glovebox to a digital business with a big focus on data. The reaction to the changing publishing landscape has helped the share price to double in that time.

The firm now has a technical data business called Haynes Pro which is used by professional customers. They include repair centres which use the service to make sure they use the right parts to fix cars – and have enough in stock. Among its other products is software that helps trucking firms manage their scheduling and analyse their CO2 emissions.

Before he was in the driving seat, the company cut jobs in response to a decline in demand for the printed Haynes manuals. Now, for the first time in years, it is recruiting staff and expects the workforce to increase by 10 per cent this year. It currently has around 200 employees across its offices in the UK, US, Netherlands, Spain, Germany, Italy and Romania.

Haynes also produces online manuals and videos that users can watch as they fix their car. But aren’t these the sort of things you can find on YouTube?

Yes, the 51-year-old admits, but many of them are not much use.

In one case, Haynes was asked to look at YouTube videos a car company had published on its own website. ‘It was actually quite frightening, the inaccuracies that they were showing, a couple of which were dangerous,’ he explains.

‘There is some good information on YouTube. But often it’s difficult to find, you run the risk that it’s inaccurate, and you don’t have a team of experienced, knowledgeable individuals who take responsibility for what they’re creating.’

The drive to get more electric cars on the road is also a threat to the traditional Haynes manuals business. In the past, the manuals could enable even an automotive ignoramus to carry out simple mechanical tasks – but you certainly wouldn’t try to fix an electric car yourself. ‘Don’t go anywhere near it, the voltage is terrifying,’ Haynes warns.

But electric cars aren’t forcing him to rip up the company’s own business plan just yet.

‘Obviously we’re keeping a close eye on them, but they were only 1.4 per cent of all vehicles sold last year. OK, it’s rapid growth, but it’s easy to grow rapidly when you’re starting from a low number.’

He adds: ‘The average age of a car in the UK is about 8.7 years. In the US it’s 12 years. There are billions of cars out there that are going to be around for a very, very long time and that will need to be maintained going forward.

‘So, yes, we’re keeping an eye on electric. But let’s keep it in perspective, it’s presently very small.’ 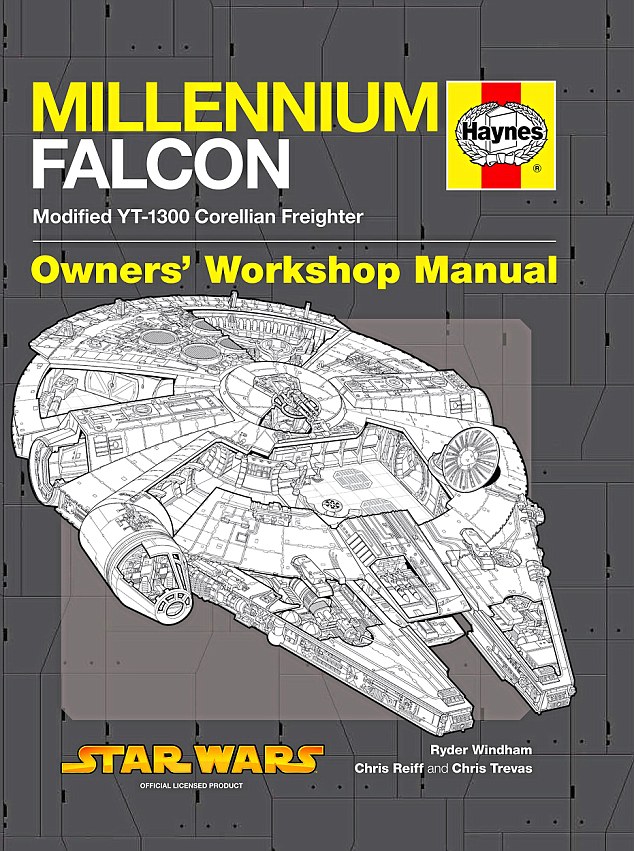 He is more concerned by the company’s role in the future of the industry. Some experts predict we will all eventually pay a subscription to use different cars every day on a Boris bike system instead of owning vehicles. And then there are driverless cars.

‘Will there be a programme in a few years where you can order a car just for the day, it turns up at your front door and you jump in it, drive off for the day and when you get home, it drives itself back to the depot? All these things are absolutely possibilities, but ultimately someone somewhere has to make sure they’re maintained and safe,’ he says.

Not everything is geared up for the future though. The company still makes special novelty ‘user manuals’, such as the Millennium Falcon spaceship from Star Wars. It also publishes the ‘Bluffer’s Guides’ which are designed to impart ‘instant wit and wisdom’ to readers on subjects such as wine, cricket, and even Brexit.

On that vexed topic, a serious one for the car industry, he says: ‘Everyone hates uncertainty. I’ve never worked in a car manufacturer but I would imagine the complexity and level of decision making you have to make around the car plant and the supply chain must be colossal. It’s entirely understandable and we need to get some certainty.’

We’re keeping a close eye on electric, but lets keep it in perspective, it’s very small at present

The Haynes corporate headquarters in Sparkford, Somerset are still home to a workshop where staff strip down cars and put them back together to create new manuals. As a graduate trainee at the company after university in America, he even wrote his own manual – for the Chevrolet Lumina.

His chief operating officer James Bunkum, who pops in to say hello, says there are still people at the business in the States who remember J – and the pony tail he sported at the time.

Haynes left to go into corporate finance in the City for a while before completing an MBA post-graduate business degree. He came full circle, rejoining the company, which is still mostly owned by the family, in 2000, before becoming chairman in 2010 and then chief executive in 2016.

His father John, who is now 80 years old, published his first manual in 1956 while he was still at school, on building an Austin 7 Special. John senior still patrols the Somerset base as the elder statesman (his formal title is founder director) and gives advice when needed.

‘Just having that reasoned conversation with someone who’s been there from the beginning and seen it all is very useful,’ Haynes junior says.

His dad is something of a local celebrity. He eats at the café at the nearby Haynes International Motor Museum every day signing autographs for car enthusiasts. The museum, which is a charity that is separate from the listed group, houses more than 400 vintage cars and motorbikes.

Run by J’s brother Chris, it is home to a stunning range of classic cars from around the world. Their other brother Marc, who previously ran the museum, was also motor-mad. Sadly, he died in 2016 aged just 48, having been born with a degenerative spinal disorder which confined him to a wheelchair from the age of five.

That didn’t stop Marc from getting behind the wheel and he became the first paraplegic to obtain a racing licence from the RAC Motor Sports Association. The car he used to race sits proudly in the museum.

J’s brother Chris promises to give me a lift back to the station. His shiny white, convertible Bentley is our mode of transport. A future with driverless, electric cars certainly feels a long way off as we motor through the Somerset countryside.

Lives: In the Limpley Stoke Valley just outside Bath.

Drives: On weekdays a Volvo XC90 T8 and on sunny weekends a 1970 Citroen DS 21 Pallas, pictured below. 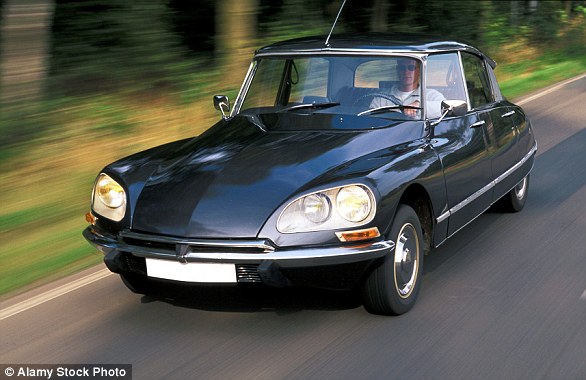 A typical day: He says he doesn’t have one. ‘On Monday, I was down in Kent with the Haynes Pro team, yesterday I was in London, today I’m here in Somerset. Next week I’m off to Holland, then on Saturday I fly to the States. There isn’t really a typical day.’