The Spanish group’s total like-for-like sales grew by 5 per cent in the year, compared to the 10 per cent rise seen a year earlier. Online sales surged by 41 per cent.

The group is proposing a 10.3 per cent annual increase to its dividend payment to shareholders, coming in at €0.75 per share. 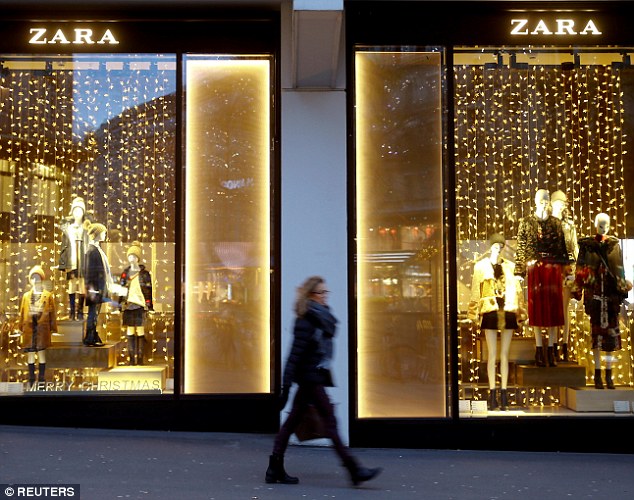 The group’s 88,000 staff worldwide will share a bonus pool equating to £499million.

The bonus and commission windfall includes a £37.3million extra payout under its profit-sharing plan and will be made to all staff working at the group for more than two years.

Inditex, which owns a string of brands including Zara, Massimo Dutti, Zara Home and Bershka, saw its total group online sales rise 41 per cent to 10 per cent of net sales.

In local currencies, store and online sales rose by 9 per cent from 1 February to 11 March this year. 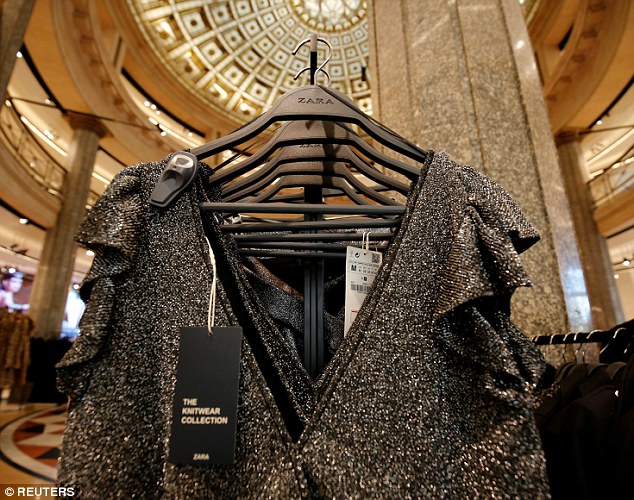 Sales: The Spanish group’s total like-for-like sales grew by 5 per cent in the year

Over the last year, the group bolstered its website offerings,  launching the online version of Zara in Singapore, Malaysia, Thailand, Vietnam and India. Today, Zara launched online in Australia and New Zealand.

The company’s gross margin fell from 57 per cent to 56.3 per cent in 2016, after the strengthening of the euro last year.

The group is particularly vulnerable to exchange rate movements as it makes more than half of its sales in non-euro currencies, but reports results in euros.

Pablo Isla, Inditex’s chief executive, said the group had enjoyed a year of ‘solid growth’, having ploughed money into technology and logistics.

Over the course of the year, the company splashed out around £1.6billion, with the majority spent on improving its online operations and revamping its stores.

While Zara’s owner appears to be keeping pace with the demands of online shoppers, high-street retailer H&M has warned investors that its sales are likely to fall again this year.

The Swedish firm, which is the second biggest retailer in Europe after Inditex, admitted it had ‘a tough start’ to the year as a high volume of stock left over from previous seasons forced it to offer heavy discounts.

H&M saw UK clothing sales fall by 5 per cent in the three months to 30 November, sending profits for the year tumbling 34 per cent to £442million. 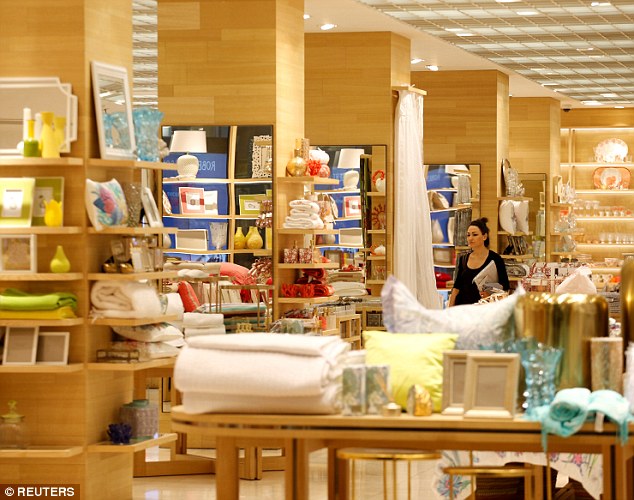