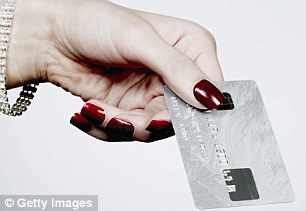 Zero-interest credit-card offers are a risk to lenders and could saddle them with losses, a watchdog has warned.

Officials at the Prudential Regulation Authority said that some banks are too optimistic about the long-term value of customers lured in by introductory 0 per cent rates.

The criticism will be seen as a rebuke to the most enthusiastic providers of 0 per cent deals such as Virgin Money.

In a letter sent to bank bosses, the watchdog – part of the Bank of England tasked with protecting the financial system – said it is concerned ‘a small number of firms’ could suffer losses.

Lenders are offering zero-interest deals of up to 30 months to lure borrowers in the hope they will not switch after the offer has ended and will carry on using their card at interest rates as high as 19.9 per cent.

But the PRA is concerned that the banks’ profit forecasts are failing to recognise that many customers will switch away to another bank as soon as the 0 per cent offer ends.

The warning comes at a sensitive time for Virgin, which is in talks about a takeover bid by Clydesdale and Yorkshire Banking Group.