Anyone who has entered the capital via the A4 in West London will have spotted an unusual row of houses as they drive towards Earl’s Court.

Now, one of the properties is for sale, providing a rare glimpse inside these former artist studios in Talgarth Road, Hammersmith.

The stunning Grade II property is listed for £2million and is one of a number of period buildings originally created for bachelor artists in the 1890s.

It is spread across three floors and comes with large windows along the top floor that allow maximum natural light to flood into the house. 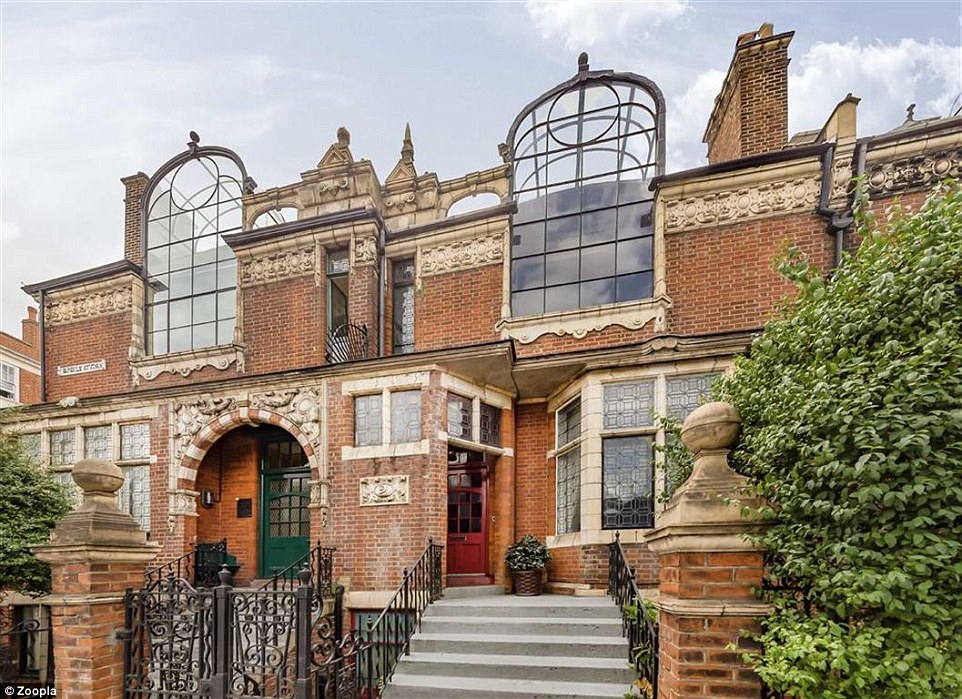 The row of houses were designed by architect Frederick Wheeler for the fine art publisher James Fairless, and in particular, with bachelor artists in mind.

They were built from brick and terracotta, along with decorative wrought iron and lead light windows.

The ground floor was designed as the living accommodation for the resident artist and the top floor dedicated to a studio space.

The basement accommodation was intended for a housekeeper, according to the house historian Melanie Backe-Hansen. 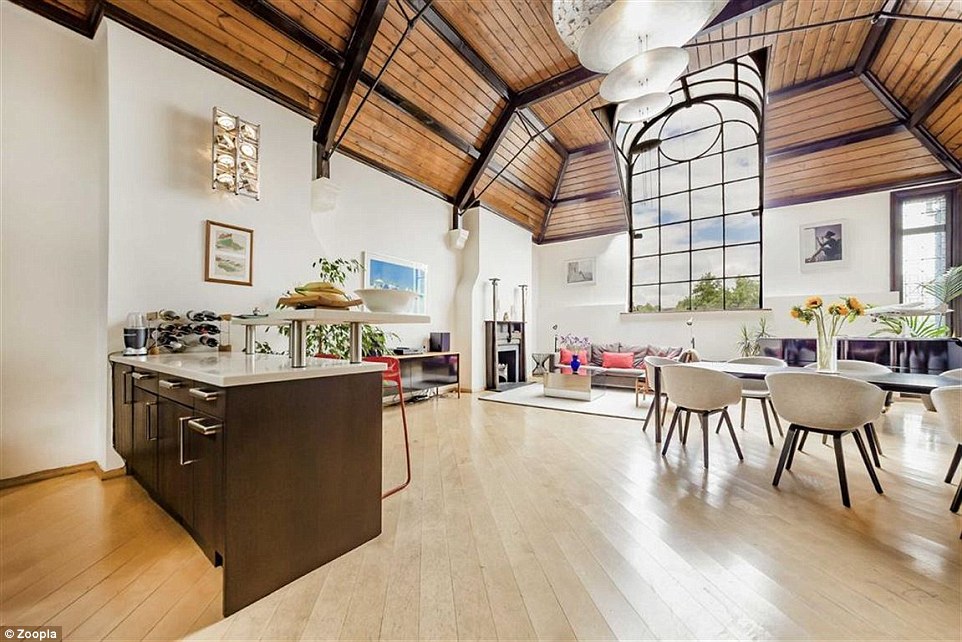 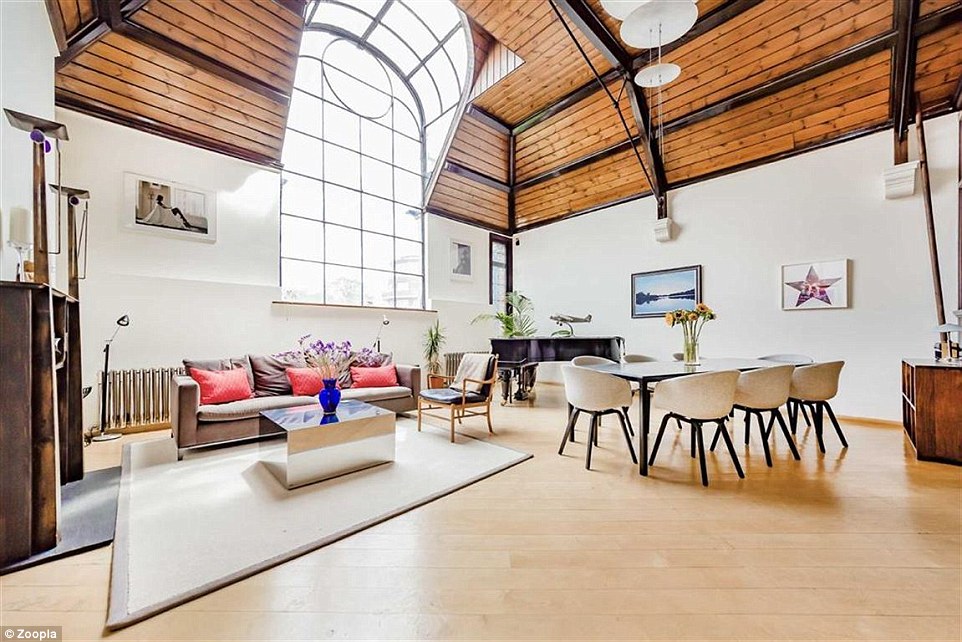 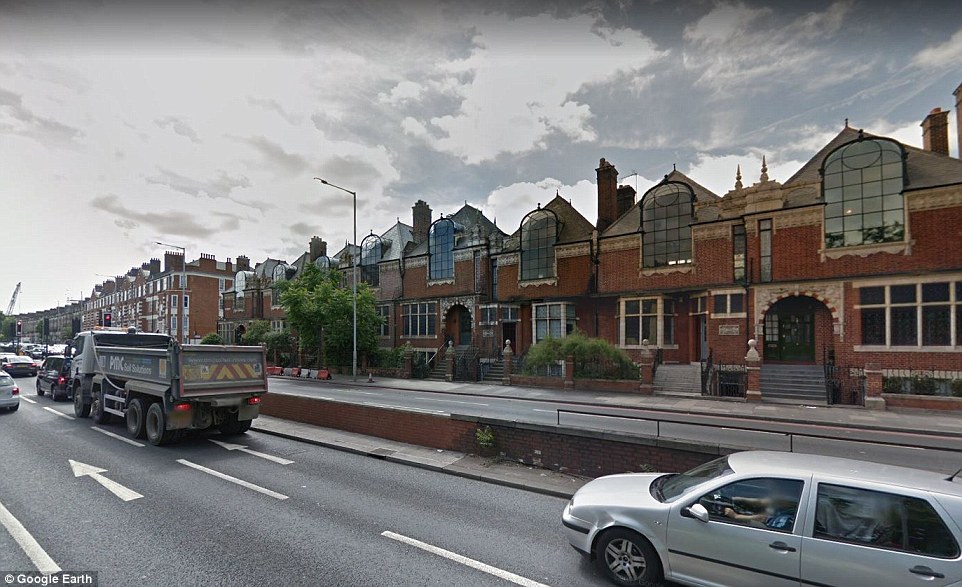 THE ARCHITECT BEHIND THE ROW OF HOUSES 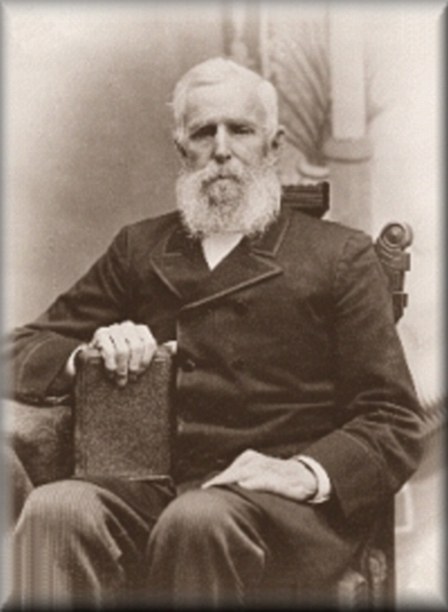 Frederic Wheeler was a British architect born in 1853

Frederic Wheeler was a British architect born in 1853. He is perhaps best known as the architect for the Victoria Embankment and Abbey Mills, along with these unusual homes.

He began his career as an architect working on commissions in south London, being responsible for a number of terraces around Mitcham Lane and Streatham station.

The row of eight houses were first known as St Paul’s Studios and completed in 1891 along Colet Gardens, which later became Talgarth Road – looking out over the large grounds of St Paul’s School, according to Melanie Backe-Hansen.

She explained that one of first occupants to live in one of the houses was Ruby Levick, who was at the time studying as a sculptor at the National Art Training School (later the Royal College of Art) in South Kensington.

She later achieved great success, including exhibiting at the Royal Academy, and was much admired by Queen Alexandria.

Other former occupants include artist Inglis Sheldon-Williams, an illustrator and a forerunner of today’s photo-journalist. He worked as an artist in the field during the Boer War and became an official war artist during the First World War.

In 1903 the studio along Talgarth Road became the home of prominent English artist, William Logsdail.

He had already exhibited at the Royal Academy at the age of 18 in 1877 and went on to have a highly successful career, with many popular paintings of familiar scenes in London, including St Martin-in-the-Fields and Bank and Royal Exchange.

Queen Victoria purchased his work The Antwerp Fish Market after it was exhibited at the Royal Academy in 1880, which is still part of the Royal Collection today.

Miss Backe-Hansen exclusively told MailOnline Property and This is Money: ‘Once you know they were artists houses, it totally makes sense as they are so striking with large windows which help with the light – something that is vital to an artist’s work.

‘Their uniqueness is very special and they provided the ideal bachelor pad in their time. Today they have been modernised into idyllic homes in the centre of London.’ 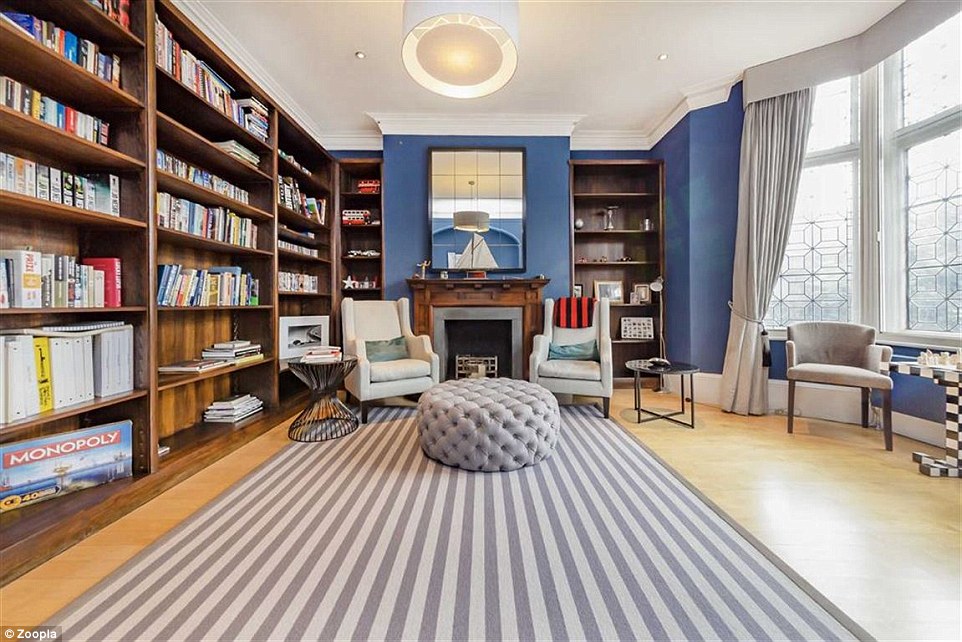 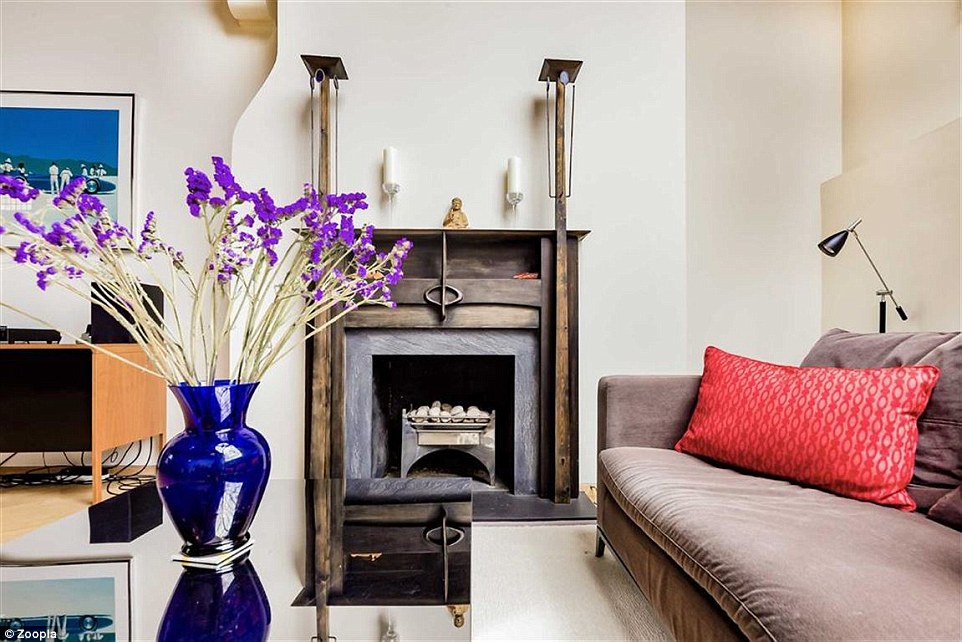 A designer look: The uniqueness of the property is maintained with the unusual and modern interiors 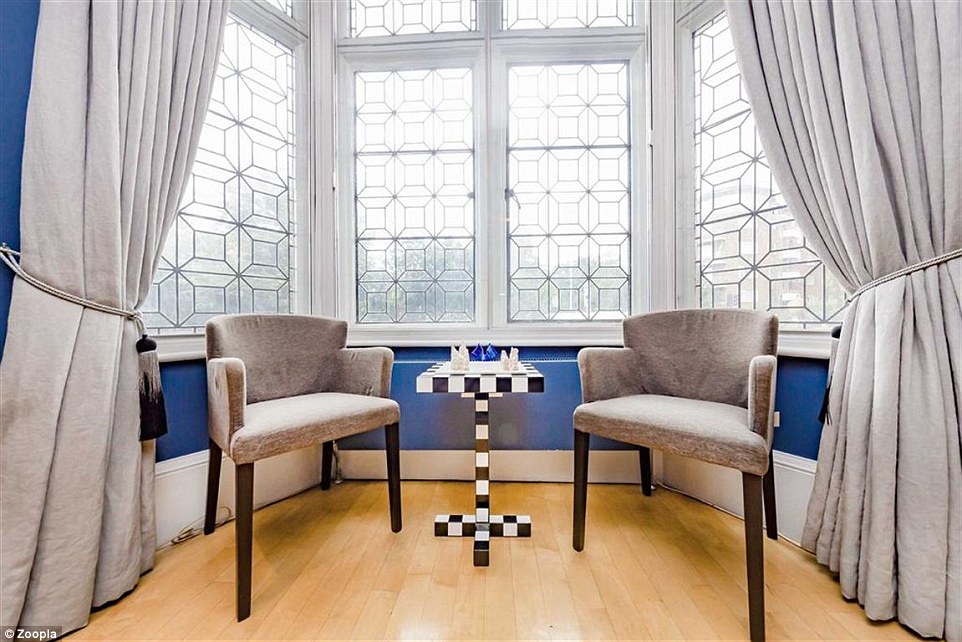 The house has three bedrooms, two bathrooms and a secluded rear garden, along with a vast living area on the top floor that measures almost 9.5 by 6.91 metres.

Lawrence Hall, of property website Zoopla, said: ‘Many will have driven past this row of intriguing looking homes and wondered why they look so different to their conventional Victorian terrace counterparts.

‘Now there is an opportunity to buy such a unique London home, with equally interesting history.

‘While you might not need to be a Picasso to live here, this Grade II listed home built specifically for single artists, has been beautifully restored and will be sure to spark a creative flare in nearly anyone.

‘Blending glorious arts and craft features with modern upgrades, this property is crowned by the original studio room in the attic where you can follow in the footsteps of previous occupants and put brush to canvas.

‘Once you have finished your masterpiece, there’s plenty of space throughout the home to hang it for your guests to admire, in the unlikely event that the house in itself isn’t a big enough conversation starter. 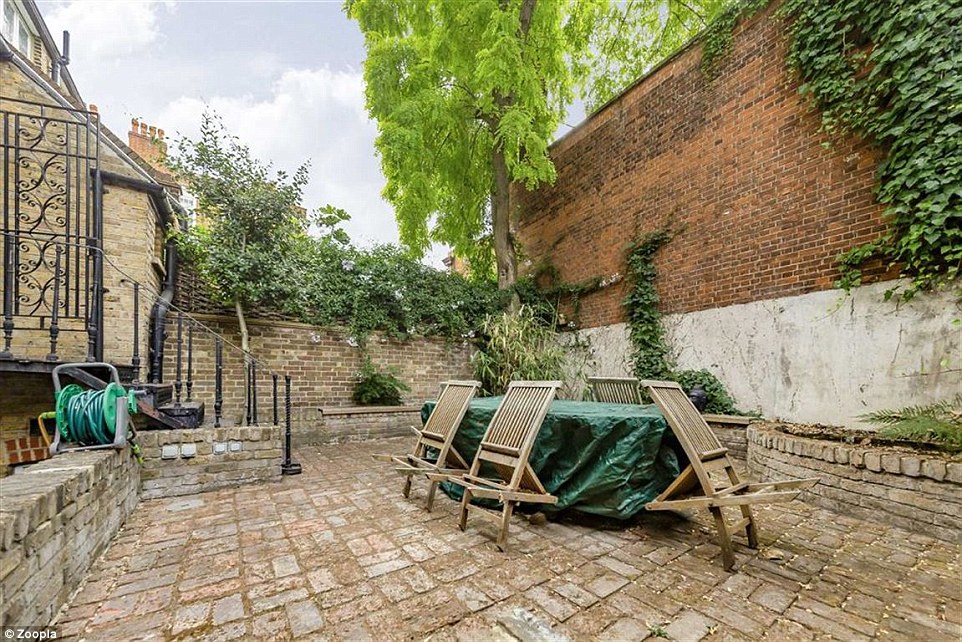 Outdoor entertaining: There is a secluded garden at the rear of the house, with a large paved area 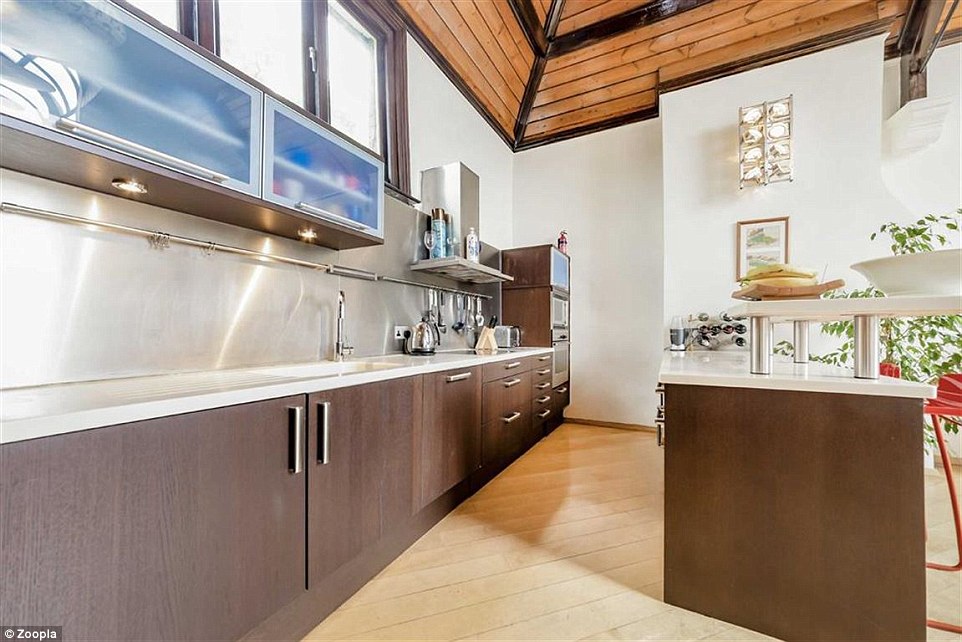 In addition to being next to the A4, the house has good access to public transport, being within a short walk of Barons Court and West Kensington underground stations.

It is also within a mile of numerous shops, bars, restaurants and open spaces on Kensington High Street. 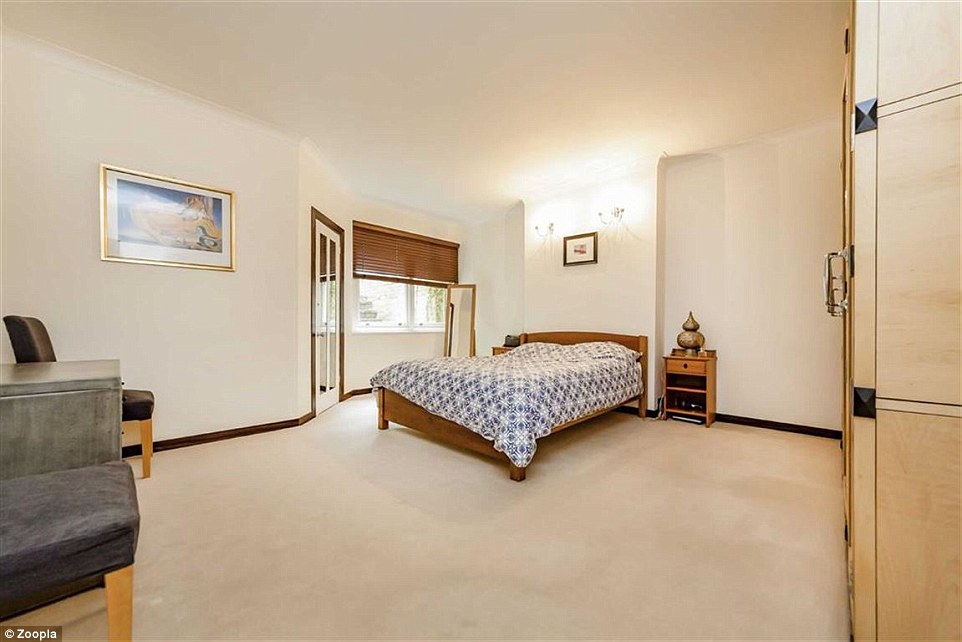 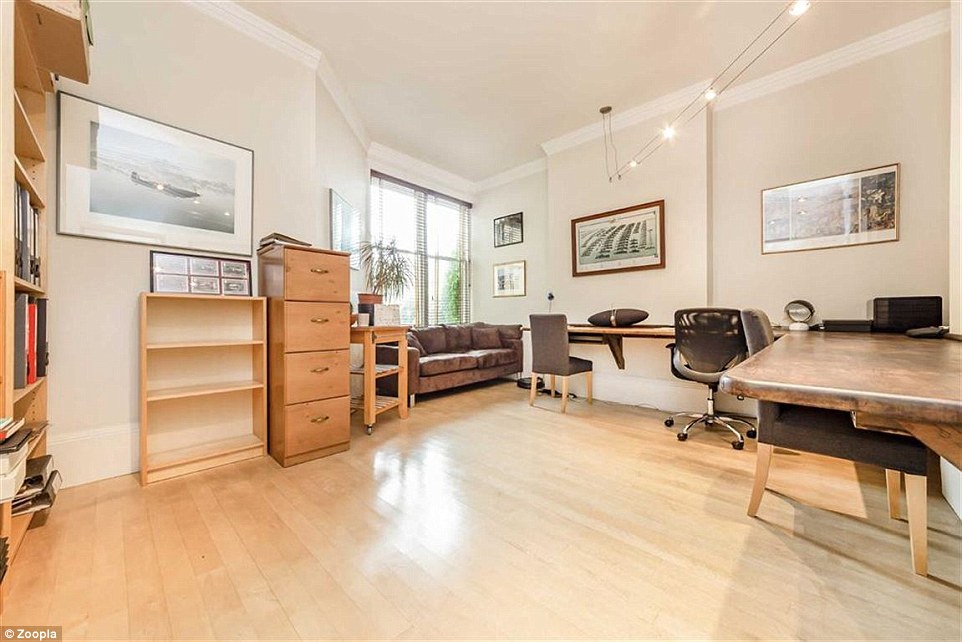 A place to work: One of the bedrooms is currently used as a spacious – and neutrally decorated – study