The vast majority of homeowners in Britain believe property values in their area will increase in the next six months, a survey from Zoopla suggests.

Confidence in growing values is at its highest since the Brexit vote, with some 84 per cent expecting home values in their area to increase before the end of the year – up from 70 per cent recorded in November 2017, the property website said.

The survey was released on the same day as data from HMRC showed that property transactions are down on last year. 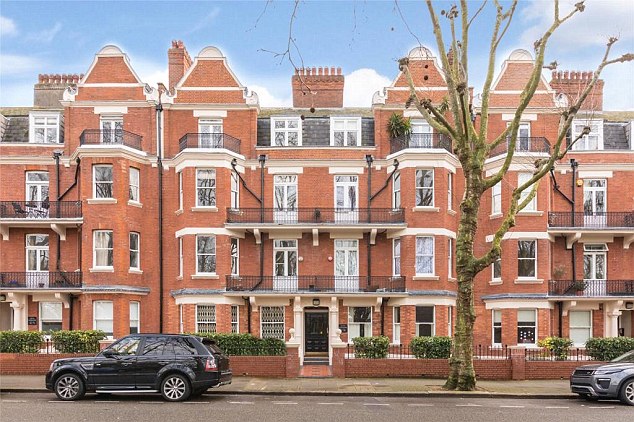 Sunnier view: The vast majority of homeowners believe house prices in their area will grow in the next six months

Across Britain, only one in 12 people in the latest survey expect prices to fall in their area over the coming six months.

On average, those expecting price rises predict a 6.9 per cent uplift over the next six months – also an increase compared with the November study, when the typical expectation was 4.9 per cent.

These levels are far higher than what has been recorded in the last 12 months by recent house price indexes from Halifax, Nationwide Building Society and Office for National Statistics, suggesting misplaced confidence.

Those in the East Midlands and the East are the most optimistic about their local property market – with 93 per cent and 90 per cent respectively predicting house price rises over the next six months.

At the other end of the spectrum, the North East is the least confident region, with just 63 per cent expecting rises – although this is a big increase for the region compared with November, when 41 per cent thought values in their area would increase.

After the North East, London is the next least confident region, with 76 per cent expecting prices to rise in their area, the survey of nearly 2,000 shows.

Lawrence Hall, Zoopla spokesman, said: ‘It’s encouraging to see a bounce back in consumer confidence in the market – it’s the largest increase we’ve seen since 2016.

‘This shows that homeowners are starting to regain their confidence in the property market, with those in the east of the UK having the most optimism.’

The findings were released after rival property website, Rightmove, reported this week that the average price tag on a home reached a record high of £308,075 on average in May.

Rightmove warned, however, that the current market is becoming ‘increasingly price-sensitive’ and said sellers need to pitch their price at a tempting level to entice buyers.

It also said that, across Britain, different property markets are still operating at different speeds.

Zoopla also found that, when it comes to how much home-owners think prices will increase by, those in the West Midlands are the most confident – predicting values in their area will rise by 10.6 per cent over the next six months on average.

Those in the East Midlands are the next most confident, expecting growth of 9.2 per cent.

The lowest house price growth is expected in the North East of England, where homeowners anticipate a 2.6 per cent increase.

The HMRC showed that property transactions fell annually in April.

House sales are 2.7 per cent lower compared to the same month last year, but are up 3.5 per cent on March on a seasonally adjusted basis.

Mike Scott, chief property analyst at online estate agent Yopa, said: ‘The figures show some recovery from March’s poor performance, suggesting that the downturn was at least partly due to the bad weather.

‘June is the peak month for house sales, so as long as the figures continue to hold up for the next couple of months, the total number of sales in 2018 may not be much different from 2017, at around 1.2million.

‘This is despite the slower start to the year.